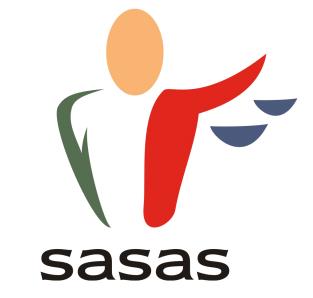 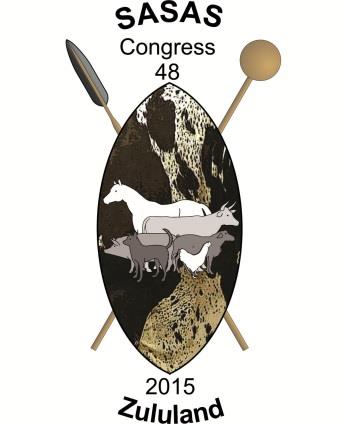 #Corresponding author
Water conservation and effluent generation in dairy processing
N.W. Sithole1, M. Chimonyo1# & I.V. Nsahlai1
1Animal and Poultry Science, University of KwaZulu-Natal, P. Bag X01 Scottsville 3209, Pietermaritzburg, South Africa The objective of the current study was to assess the level of awareness of dairy industries in water conservation and management of effluents. A questionnaire was administered to 233 companies and 103 enterprises responded. Aspects covered include; water usage, types of dairy product, effluent generation and water conservation practices. The influence of period of operation, size and location of company was also assessed. A Proc-Freq procedure and chi-square test of SAS program was used to analyse the data. Water use on different processes was influenced by the size of the company (P<0.05). There was an association (P<0.05) between period of operation and water conservation strategy adopted by companies (80%). Water source was not associated (P>0.05) with size of the company, location and period of operation. The influence of size of company, location and period of operation did not have an impact (P>0.05) on dairy effluent treatment method used. The high proportion of dairy companies adopting irrigation as a major water conservation strategy indicates that alternative sustainable methods of recycling waste water should be developed. #Corresponding auth Sensory evaluation of beef, pork and offal by rural consumers
N.M. Xazela1, A.Y. Chulayo1, A. Hugo2, P.E. Strydom3 & V. Muchenje1#
1Department of Livestock and Pasture Science, University of Fort Hare, P. Bag X1314, Alice 5700, 2Department of Microbial Biochemical and Food Biotechnology, University of Free State, P.O. Box 339 Bloemfontein 9300, South Africa 3Meat Industry Centre, Department of Nutrition and Food Science, Agricultural Research Council, Private Bag X2, Irene 0062, South Africa The aim of the study was to evaluate the rural consumer sensory evaluation of beef, pork and the offal meat. The study was conducted in three villages (Ncerha, Mxalanga and Tyhusha) in the Eastern Cape, South Africa. The samples of beef, pork and offal bought from a local butchery were used for the sensory evaluation. Consumer panels consisting of 50 people from each village were used for sensory evaluation and were of different age (≤ 30, 31- 35, 36-40 and ≥ 40) and gender (male and female). The consumer sustained impression of juiciness score for pork was highest (P < 0.05) in Tyhusha village (3.53 ± 0.15). Muscle fibre and overall tenderness scores of beef meat were indicated as tender (P < 0.05) by Ncerha village respondents (2.15 ± 0.13). Ncerha (3.10 ± 0.20) and Mxalanga (3.09 ± 0.19) consumers found the offal meat to be fairly tough (P > 0.05) on the first bite. The offal meat first impression was regarded as slightly tough (P < 0.05) by female (4.04 ± 0.13) respondents. The overall flavour intensity of beef was rated significantly highest (P < 0.05) by ages 36-40. The muscle fibre and overall tenderness of the offal meat was regarded as tender (P < 0.05) compared with the other meats. #Corresponding author Health challenges of Indigenous chickens of two rural communities
in Mnquma municipality of the Eastern Cape
C.W. Zamxaka1# & P.J. Masika2#
1University of Fort Hare, Private Bag X 1314, Alice, South Africa 2Fort Cox Col ege of Agriculture and Forestry, P.O. Box 2187, King Wil iam's Town 5600, South Africa
Most households in the rural areas keep indigenous chickens for various socio-economic
purposes. The chickens and eggs are consumed to provide protein, used in traditional rituals
and sold to generate household income. However, the socio-economic contribution of the
indigenous chickens tends to be curtailed by various health challenges that result in reduces
production and mortality. A series of studied were conducted to establish health challenges
and dynamics that affect their prevalence. Indigenous chickens in two locations were tested
and examined for prevalence of Newcastle disease (NCD), internal and external parasite and
salmonella during all seasons of the year in two locations (Gcina – coastal and
Ngcingcinikhwe – inland).
Between 90 and 100% of birds in Gcina tested positive for NCD in winter, summer and
autumn whereas in Ngcingcinikhwe between 70 and 90% of chickens tested positive around
the same period. In both locations the least proportion of NCD positive samples (60% in
Gcina and 50% in Ngcingcinikhwe) was observed in spring. Lice species (Goniodes
dissimilis, Goniodes gigas and Menopon gallinae) were more prevalent in the coastal
location and the highest prevalence was that of M. galinae (90%) in autumn in Gcina. Higher
prevalence of fleas (Echidnophaga gallenacea) was observed in the inland location
(Ngcingcinikhwe) compared to the coastal. Two tick species (Amblyoma hebraeum and
Argus spp) were observed. A. hebraeum was most prevalent in the coastal location in spring
and autumn at 70%, whereas the Argus spp was most prevalent inland in winter (40%).
Three worm species (Railetina spp., Ascaridia galli and Heterakis gallinarum) were observed.
There was a generally higher prevalence of all worm species in the inland area. The three
worm species exhibited highest prevalence (80%) in Ngcingcinikhwe in autumn whereas
highest prevalence of Railetina spp. (70%) was observed in winter and autumn in Gcina. In
conclusion, the results of these studies show that there is a seasonal and geographic
location effect on the prevalence of various health challenges of indigenous chickens and,
therefore, these should be taken into consideration when health management strategies are
developed.

NUCLEOTIDE SEQUENCE SPECIFICITY OF RESTRICTION ENDONUCLEASESNobel Lecture, 8 December, 1978 HAMILTON O. SMITHDepartment of Microbiology, The Johns Hopkins University School ofMedicine Baltimore, Maryland, U. S. A. In the past seven to eight years we have witnessed the development of anew DNA technology that has fundamentally altered our approach tomodern genetics. The basic ingredients of this new technology are the