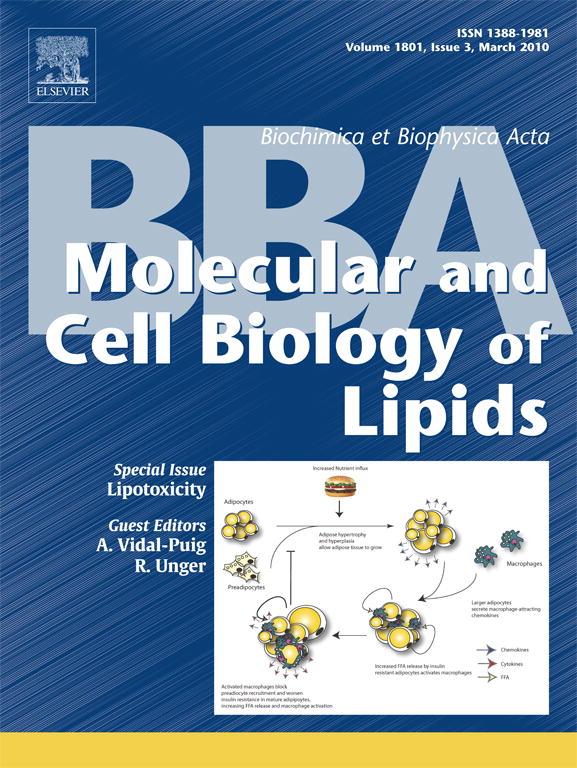 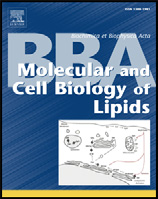 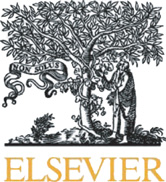 Author's personal copy
Biochimica et Biophysica Acta 1801 (2010) 289–298 Contents lists available at ScienceDirect Biochimica et Biophysica Acta Glucolipotoxicity of the pancreatic beta cell Vincent Poitout a,b,c,⁎, Julie Amyot a,b, Meriem Semache a,b, Bader Zarrouki a,b, Derek Hagman a,Ghislaine Fontés a a Montreal Diabetes Research Center, CRCHUM, University of Montreal, Montreal, QC, Canadab Department of Medicine, University of Montreal, Montreal, QC, Canadac Department of Biochemistry, University of Montreal, Montreal, QC, Canada The concept of glucolipotoxicity refers to the combined, deleterious effects of elevated glucose and fatty acid Received 2 July 2009 levels on pancreatic beta-cell function and survival. Signiﬁcant progress has been made in recent years Received in revised form 13 August 2009 towards a better understanding of the cellular and molecular basis of glucolipotoxicity in the beta cell. The Accepted 13 August 2009 permissive effect of elevated glucose on the detrimental actions of fatty acids stems from the inﬂuence of Available online 26 August 2009 glucose on intracellular fatty acid metabolism, promoting the synthesis of cellular lipids. The combination ofexcessive levels of fatty acids and glucose therefore leads to decreased insulin secretion, impaired insulin Keywords:Fatty acid gene expression, and beta-cell death by apoptosis, all of which probably have distinct underlying mechanisms. Recent studies from our laboratory have identiﬁed several pathways implicated in fatty acid Islet of Langerhans inhibition of insulin gene expression, including the extracellular-regulated kinase (ERK1/2) pathway, the metabolic sensor Per-Arnt-Sim kinase (PASK), and the ATF6 branch of the unfolded protein response. We have also conﬁrmed in vivo in rats that the decrease in insulin gene expression is an early defect whichprecedes any detectable abnormality in insulin secretion. While the role of glucolipotoxicity in humans isstill debated, the inhibitory effects of chronically elevated fatty acid levels has been clearly demonstrated inseveral studies, at least in individuals genetically predisposed to developing type 2 diabetes. It is thereforelikely that glucolipotoxicity contributes to beta-cell failure in type 2 diabetes as well as to the decline in beta-cell function observed after the onset of the disease.
2009 Elsevier B.V. All rights reserved.
aggravates metabolic perturbations, and so on. While elevated levelsof glucose or fatty acids can, by themselves, be demonstrated to have Over the last 20 years, the central role of pancreatic beta-cell detrimental effects on beta-cell function in many experimental dysfunction in the development of type 2 diabetes has become systems, the combination of both nutrients is synergistically harmful, increasingly appreciated [1]. It is now generally accepted that when which has led to the concept of glucolipotoxicity [7,8]. However, insulin resistance develops in response to environmental cues such as despite years of investigation and signiﬁcant progress made in the obesity, a subset of genetically predisposed individuals fails to discovery of the underlying molecular and cellular mechanisms of adequately compensate for the increased insulin demand, and beta- glucolipotoxicity, its contribution to beta-cell failure in type 2 diabetes cell failure ensues [2]. In addition, longitudinal studies in humans remains debated. We speculate that this uncertainty stems from have clearly demonstrated that beta-cell function deteriorates during several reasons. First, by nature of their long-term design, experi- the years following diagnosis of type 2 diabetes, regardless of the ments to test cause-and-effect relationships between chronic meta- therapeutic regimen [3,4]. Although the cause of this metabolic bolic perturbations and functional outcomes are plagued with deterioration is unknown, several hypotheses have been proposed.
confounding variables and therefore difﬁcult to interpret. Second, Amongst them, chronic hyperglycemia (glucotoxicity [5]), chronic the inherent limitations of in vivo models have prompted the dislipidemia (lipotoxicity [6]), or the combination of both (glucoli- development of many in vitro systems to test the hypothesis and potoxicity [7]), have been postulated to contribute to the worsening of deﬁne its underlying mechanisms. As further discussed in this review, beta-cell function over time, creating a vicious cycle by which these systems also have important caveats. Third and perhaps most metabolic abnormalities impair insulin secretion, which further importantly, there is no clear consensus on the deﬁnition of the termglucolipotoxicity. While its root (toxicity) implies the presence of celldeath, it is often employed more loosely to refer to the functionaleffects of the combination of high glucose and elevated lipids on the ⁎ Corresponding author. CRCHUM, Technopole Angus, 2901 Rachel Est, Montreal, QC, beta cell, for instance on insulin secretion or gene expression. Also, H1W 4A4, Canada. Tel.: +1 514 890 8000x23603; fax: +1 514 412 7648.
E-mail address: [email protected] (V. Poitout).
while the concept of glucolipotoxicity implicitly refers to a chronic 1388-1981/$ – see front matter 2009 Elsevier B.V. All rights reserved.
doi:10.1016/j.bbalip.2009.08.006 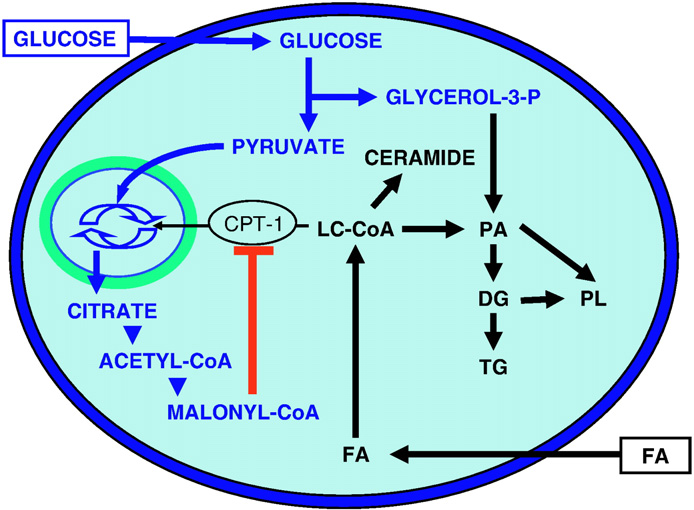 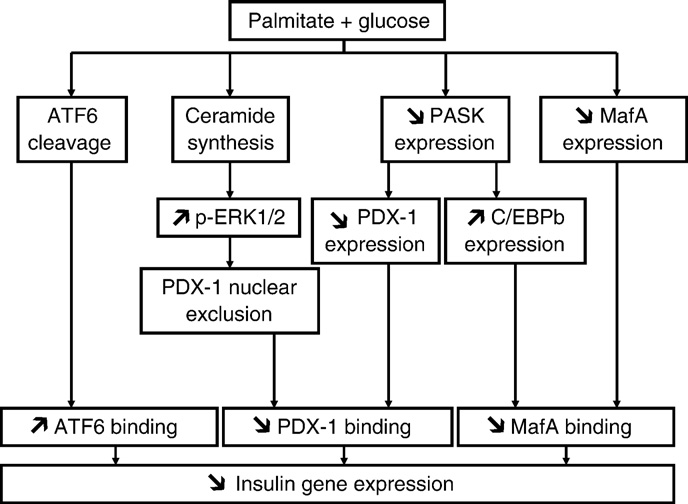 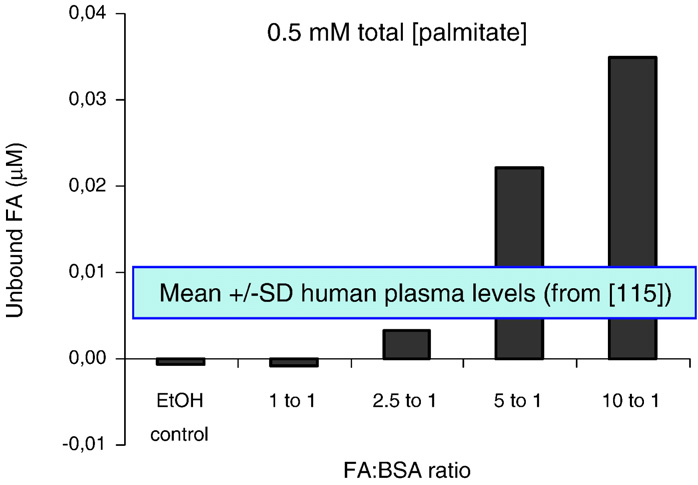 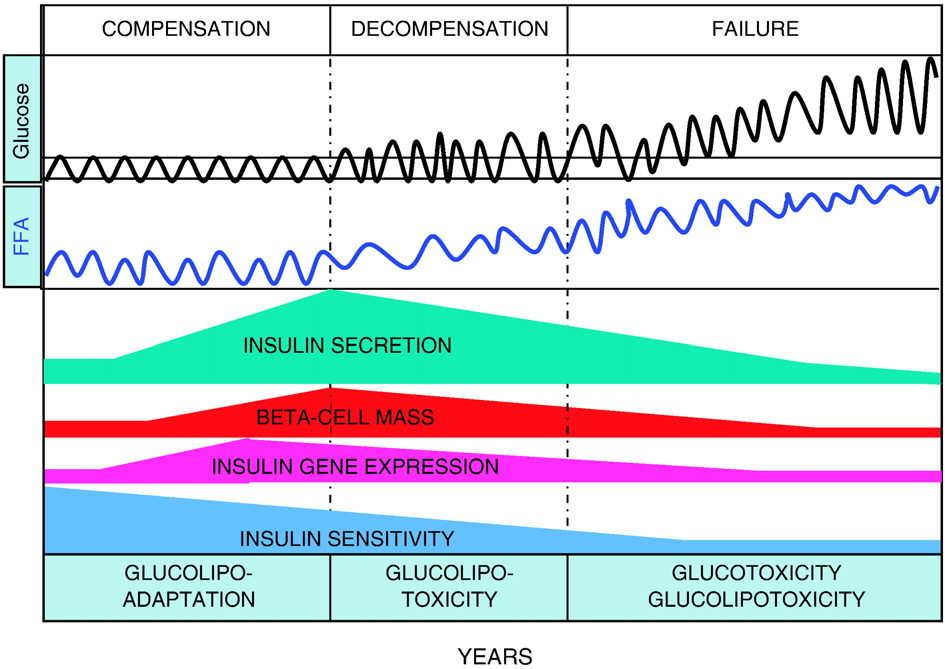