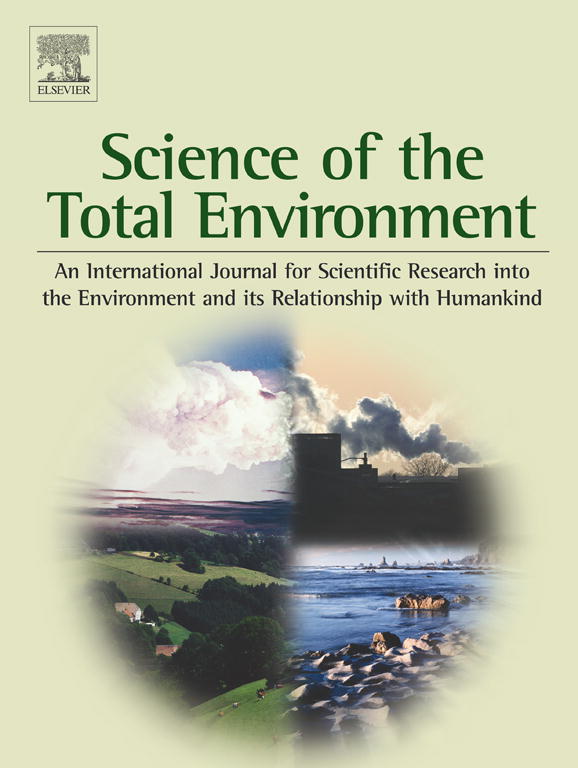 (This is a sample cover image for this issue. The actual cover is not yet available at this time.)
This article appeared in a journal published by Elsevier. The attached
copy is furnished to the author for internal non-commercial research
and education use, including for instruction at the authors institution
and sharing with colleagues.
Other uses, including reproduction and distribution, or selling or
licensing copies, or posting to personal, institutional or third party
websites are prohibited.
In most cases authors are permitted to post their version of the
article (e.g. in Word or Tex form) to their personal website or
institutional repository. Authors requiring further information
regarding Elsevier's archiving and manuscript policies are
encouraged to visit: 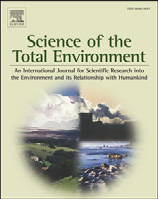 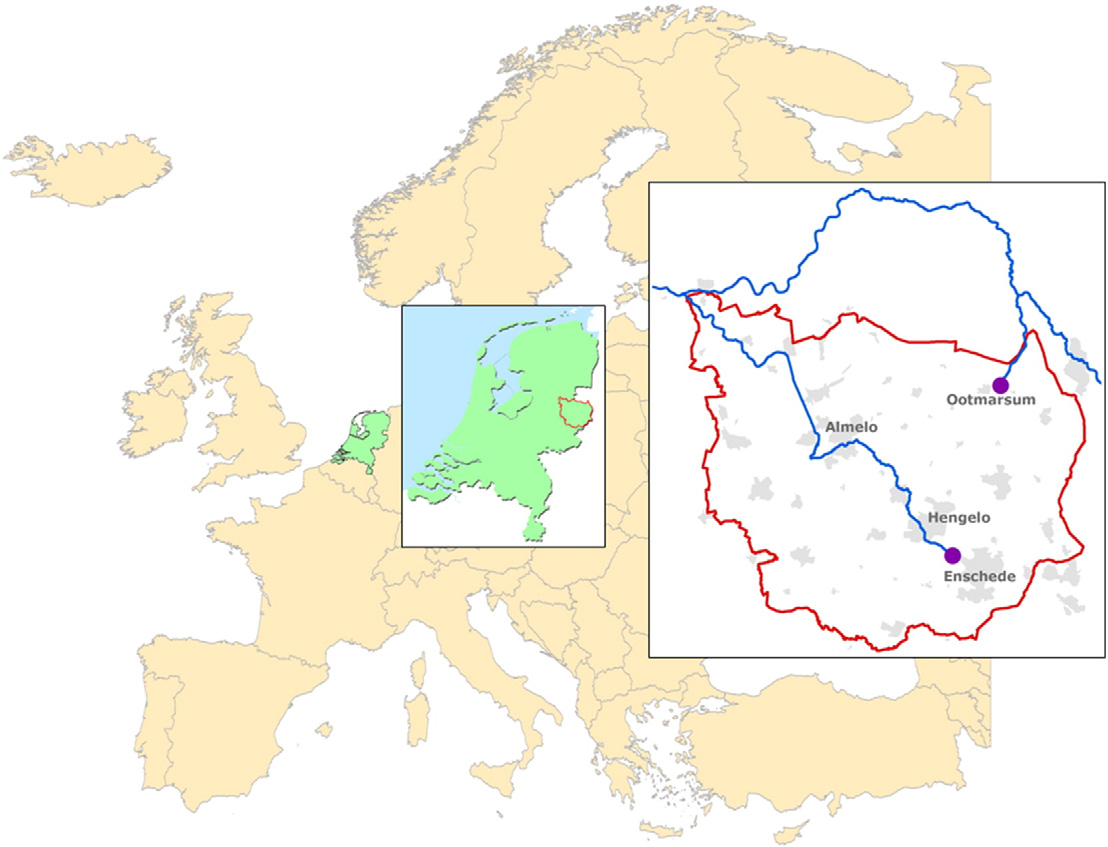 Author's personal copy
M. Oosterhuis et al. / Science of the Total Environment 442 (2013) 380–388 Table 1Consumption and human excretion of the selected pharmaceuticals.
Sales g/person/year Human excretion (%) Predicted emission to the STP kg/yre a Data obtained from Roig (2010).
b Data obtained from www.fk.cvz.nl (accessed: January 2010).
c Data obtained from Lienert et al. (2007).
d No data available.
e Predicted emissions are calculated by multiplying the number of prescriptions with a deﬁned daily dose (mg/d) and the human excretion.
conditions, 50% of the wastewater is treated in the MBR and the 1st. Additionally, on December the 7th, 8th and 9th grab samples were other 50% is treated in a CAS system with sand ﬁltration. During storm taken from efﬂuent receiving surface water, 2.5 km downstream from rainfall circa 77% of the wastewater is treated in the CAS system since the discharge of efﬂuent of STP Ootmarsum. The total hydraulic reten- the hydraulic capacity of the MBR is limited to 150 m3/h. After tion time in the surface water, including the wetland from STP treatment the efﬂuent of STP Ootmarsum passes a wetland with a hy- Ootmarsum to the point where the samples were taken was approxi- draulic retention time of 4 days. Fig. 2 shows the ﬂow diagrams of STP mately four days. This allows mixing and homogenization of daily vari- Enschede and STP Ootmarsum. The wastewater and efﬂuent character- ations of loads of pharmaceuticals from the efﬂuent (Radke et al., 2010).
istics of both STPs are presented in Table S1 of the Supplemental Therefore, grab samples were considered to represent the average con- centration in the surface water which enabled to calculate loads. Allsamples were stored at 4 °C and processed within one week.
Flow proportional 24 h samples were taken from the raw wastewa- ter and from efﬂuent of STP Ootmarsum at September the 4th and 19th, Determination of all pharmaceuticals and metabolites was done October the 5th and December the 7th, 8th and 9th 2010. The STP En- using HPLC/MS–MS analysis after automated solid phase extraction schede was sampled at September the 1st and 9th and October the (SPE) of the analytes. The target analytes were selected based on sales Fig. 1. Sampling locations. 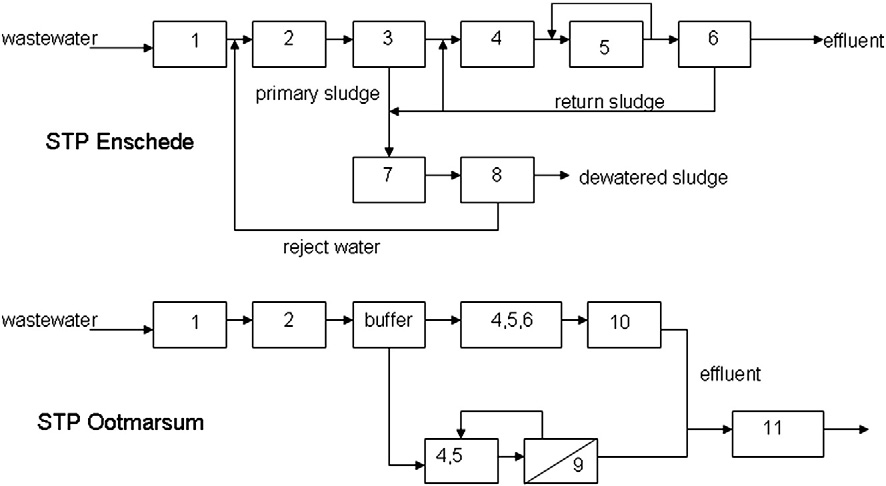 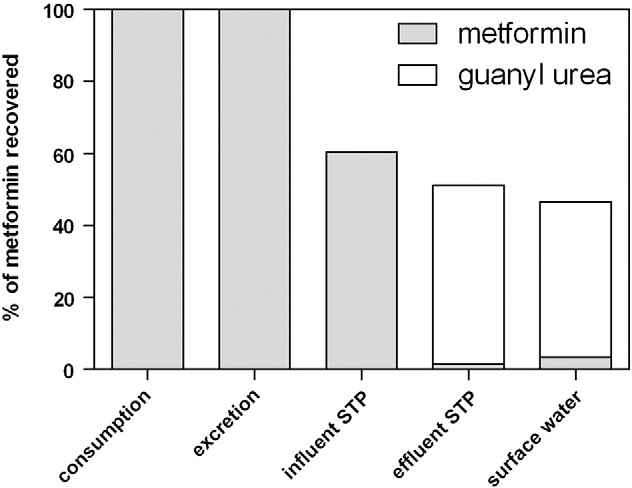