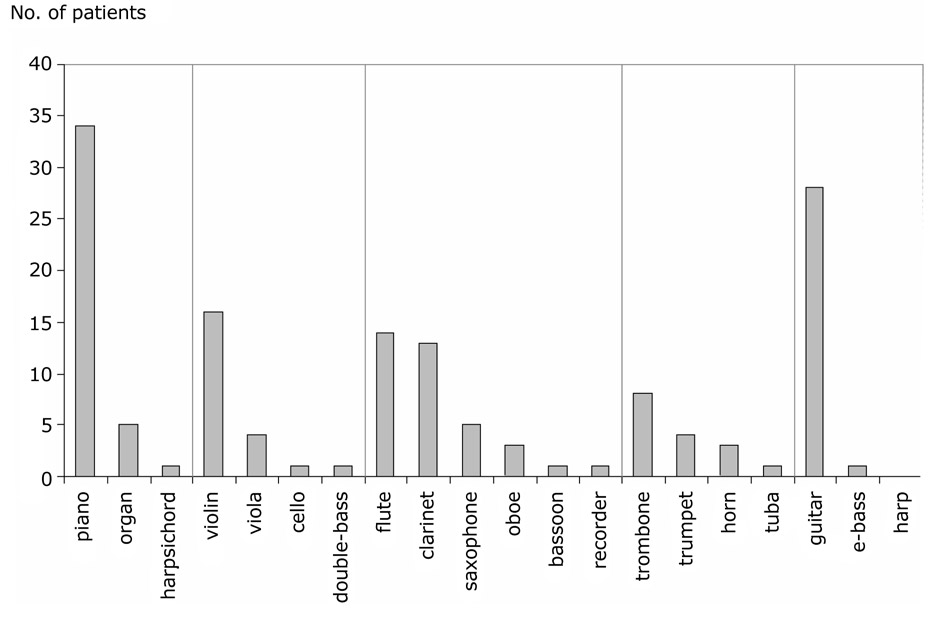 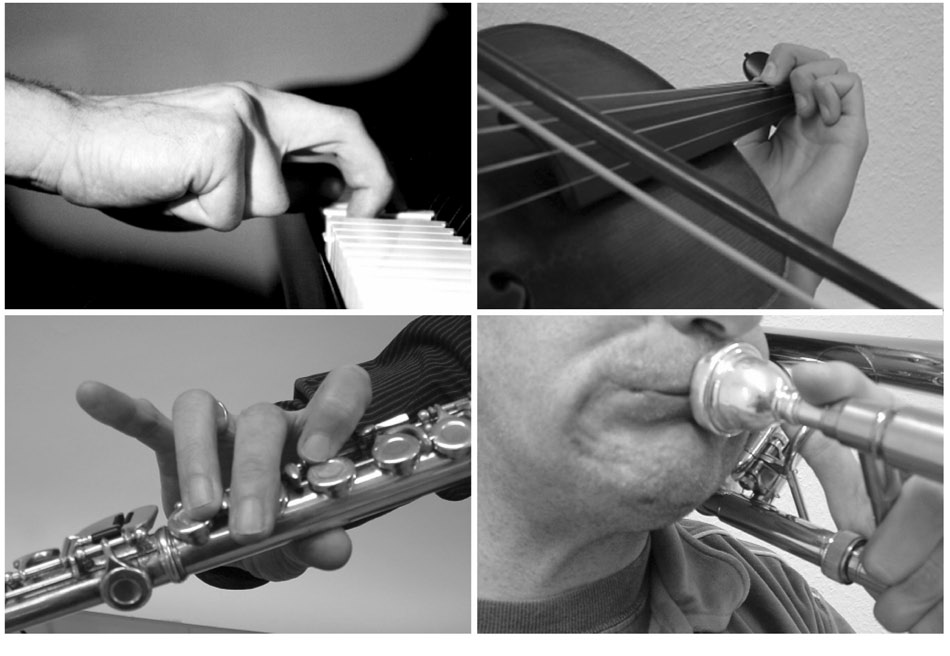 Focal dystonia in musicians: From phenomenology to therapy Figure 1.
The distribution of instruments in 144 patients with musician's dystonia. Instrument families are separated by vertical lines.
Figure 2.
Typical patterns of dystonic posture in a pianist, a violinist, a ﬂutist and a trombone player. 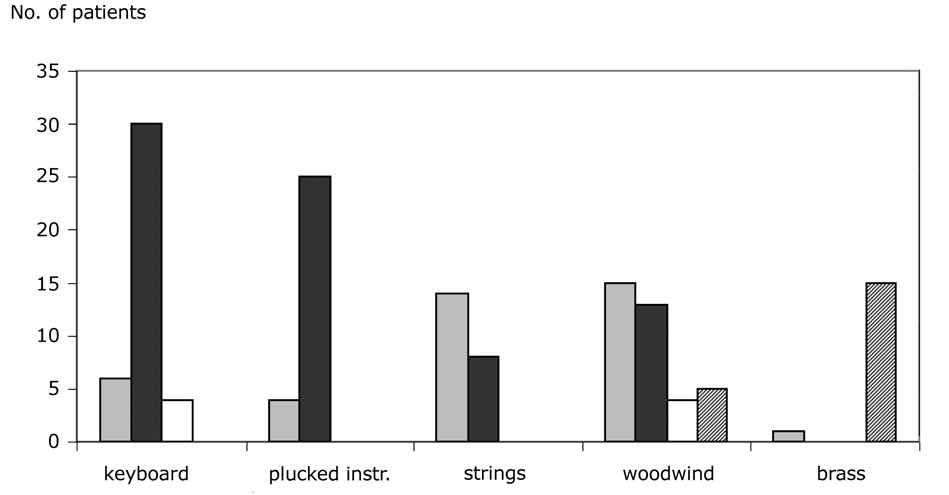