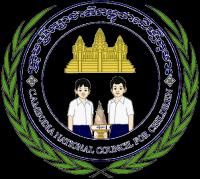 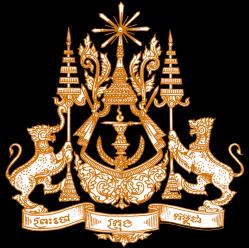 TRANSLATION KINGDOM OF CAMBODIA
NATION RELIGION KING
ROYAL GOVERNMENT OF CAMBODIA Reply to the List of Issues raised by the UN Committee on the Rights of the Child related to the consideration of the 2nd and 3rd Report on The Implementation of Convention on the Rights of the Child Prepared by: CNCC
Question No 1 - Please provide updated information on the steps taken by the State Party to
establish an independent mechanism either as part of a National Human Rights Institution with
a Child Unit, or as a separate mechanism to monitor the fulfillment of children's rights under the
Convention.
Answer:

1- The Royal Government of Cambodia (RGC) has the Cambodia National Council for Children
(CNCC) as to assist in the monitoring of children's right fulfillment. The General Secretariat of CNCC has a technical unit called "Child Protection and Monitoring Unit" whose roles and responsibilities are to monitor, to evaluate and to report on the implementation of the national policies and programs and international legal instruments related to children, especially the Convention on the Rights of the Child (CRC). 2- The Cambodian Human Rights Committee monitors the human rights fulfillment in general,
including children's rights fulfillment. The RGC has agreed in principle to establish an independent Human Rights Committee to monitor the human rights fulfillment in the Kingdom of Cambodia. 3- The RGC issued the Sub-Decree No 122 dated on 7 August 2009 on the Establishment of a
National Mechanism to Prevent Torture and Other Cruel, Inhuman Treatment or Punishment to ensure the respect for the basic rights of people deprived of liberty in detention centers. The Ministry of Justice issued the Prakas No 58/06 dated on 9 October 2006 on the Establishment of a Child Justice Working Group with members from 5 ministries, to develop a child-friendly justice system and to draft law and relevant regulations related to child justice. 4- In June 2008, the Council for Legal and Judicial Reform agreed on a project to initiate and
develop the conceptual frameworks for the establishment of an Ombudsman in the Kingdom of Cambodia. Question No 2 – Please indicate whether non-government organizations (NGOs), including
human rights organizations are associated as effective partner in all stages of the implementation
of the Convention. Please also provide information on the draft law on Association and clarify
whether this law would allow the participation of both domestic and international NGOs in the
implementation of the Convention.
Answer: