Polymeric Micelles – The Future of Oral Drug Delivery
Department of Chemical and Biomolecular Engineering University of Notre Dame, Notre Dame, IN 46556 Abstract
This work examines current advancements in polymeric micelles as a method for oral
delivery of poorly water-soluble drugs. The oral route presents several barriers to drug
delivery that the chosen vesicle must overcome. Polymeric micelles have several
physical properties, including molecular weight and copolymer block composition, which
can be tailored to alter the vesicle structure and overcome these barriers. Examination of
current research demonstrates the ability of polymeric micelles to respond to external
stimuli, such as pH, allowing for controlled release of encapsulated drugs in the
gastrointestinal tract. Lastly, with patients preferring the oral drug delivery route to the
intravenous delivery route, it was shown that polymeric micelles can achieve the same
desired pharmacological dose via either delivery method. These factors make polymeric
micelles appear to be a viable option for future oral drug delivery applications.

Advances in current medicine have made it necessary to develop novel drug delivery systems (DDSs). Medication can be administered in several ways, with 112 routes for administration approved by the FDA [1]. Currently, it is rare for a pharmaceutical product to enter the market without its own specific delivery system [2]. The newest products in the market are biologics, such as peptides and proteins, because of the ability to provide highly selective, effective, and potent action in treatment of multiple diseases [3]. However, most biologic drugs are administered intravenously because of the multiple barriers posed by the gastrointestinal tract (GIT). These barriers include physiochemical conditions of the GIT, low levels of penetration across the transepithelial membrane, and poor bioavailability due to low drug solubility in the GIT lumen [4]. Oral DDSs are widely used for non-biologic medical treatments because it is the easiest and most convenient method of delivery when repeated or routine administration is required [5]. This route is favored because of increased patient compliance, less stringent quality control, improved safety, lower costs, and no requirement for trained professionals to administer injections [4]. A patient with multiple sclerosis, for which the only current treatment is a weekly injection, said "If I could take a pill, I almost wouldn't mind the disease," eliminating the syringes "would make it a lot more tolerable" [6]. These benefits lead to the fact that oral products account for nearly 70% of the value in the US pharmaceutical market and 60% of the DDSs used [2]. With such a large market 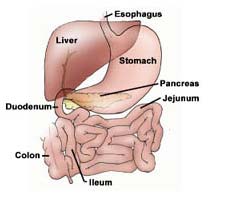 share currently held by oral DDSs, research has been focused on oral DDSs that address the three barriers limiting biologic drugs. Polymeric micelles (PMs) have become an area of focus because they can easily be modified to address the current limitations for oral bioavailability. Namely, they are small in size which favors transport across the mucosal epithelium and the micellar structure can be modified to provide enhanced stability in various environments [3]. PMs also have a critical advantage since the combined hydrophobic/hydrophilic structure helps improve the solubility of poorly water-soluble drugs. With as high as 40% of potential drugs that pass through screening rejected from formulation development on the basis of poor solubility, this structural advantage is beneficial [7]. Since PMs have many properties that allow them to overcome the three main barriers currently restricting oral administration of biologics, they are an excellent candidate for future novel drug delivery systems. 1.2 Gastrointestinal Tract Anatomy The anatomy of the GIT (Figure 1) is the most important factor in determining the necessary physiochemical characteristics of a material for effective oral delivery. In oral DDSs, the drug must be absorbed through the intestinal membrane which presents both morphological barriers, such as the mucosal layer and microvilli, and physiological barriers, such as a wide pH range, digestive enzymes, and specific transport mechanisms [9]. Drug molecules are thought to absorb across the intestinal membrane into the bloodstream via Figure 1. A schematic diagram of three main mechanisms (Figure 2). These the anatomy of the human mechanisms are the paracellular passage of small gastrointestinal tract [8]. particles, in the micron size range, through small gaps between intestinal epithelial cells, transcellular passive diffusion through the cell membrane, and receptor-mediated transcytosis via endocytosis [9]. Polymeric micelles are thought to absorb in the intestine and accumulate in the bloodstream via transcytosis. Figure 2. Three main mechanisms for drug absorption across the intestinal membrane. (A) Paracellular passage through small gaps; (B) Transcellular passive diffusion through cell membrane; (C) Receptor-mediated endocytosis via transcytosis [9]. In the GIT, particle uptake occurs mainly at the M-cells of Peyer's patches (PPs). PPs are more accessible than other epithelial surfaces in the GIT because the M-cells have a smaller glycocalyx layer. The glycocalyx is a 400-500 nm layer that contains negatively charged mucosal molecules as well as the pancreatic and glycoprotein enzymes involved in digestion [4]. The M-cells have more open space on the apical membrane and lack fully developed microvilli which allows for particles in the GIT lumen to localize at these areas and be transcytosed (Figure 3) [5]. Various particle properties including size, hydrophobicity, and charge affect the extent of particle uptake. Decreasing particle size, which increases surface area, leads to better uptake of particles [9]. With sizes on the order of 10 nm, PMs are favored for uptake and absorption in most tissues [7]. This small size allows PMs to be internalized by cells more efficiently since they can reach very small vascular vessels as well as accumulate in cells with leaky, compromised vasculature, like cancer cells [10]. A more hydrophobic surface has also been shown to absorb favorably [9]. Hydrophobic molecules generally have poor wettability by water, but the native surfactants in the GIT lumenal fluids can improve the wetting of hydrophobic surfaces, leading to Figure 3. Electron microscopy of the better particle uptake [11]. Charge has no Peyer's patch epithelium showing an clear effect on particle uptake because neutral M-cell and its neighboring absorptive or positively charged particles exhibit a higher cell [5]. binding to the epithelia but negatively charged particles have bioadhesive properties which favor the transcytosis process [9]. As these factors all play important roles in the oral uptake process, polymeric micelles are advantageous because these physical properties can be modified by altering the polymers used in formation. Lastly, the pH of the GIT can play a significant role in both the charge and shape of the polymer. The GIT exhibits a wide pH range that depends on multiple factors including the fed state (Table 1), age, pathiophysiological conditions, and concurrent drug therapies [11]. This wide pH range is important since the presence of weakly acidic or basic functional groups in the backbone of the polymer chain causes multiple polymers to exhibit a pH-dependent behavior. Polymers exhibiting pH-dependent behavior can swell or shrink in a controllable manner from changes in the porosity of the polymer network due to pH fluctuations [2]. By understanding the pH of the GIT, PMs can be developed that exhibit preferential release of the encapsulated drug in the intestinal tract where the uptake of the drug is more likely. Table 1. pH values for various locations in the GIT at different fed states [11]
2. Polymeric Micelles