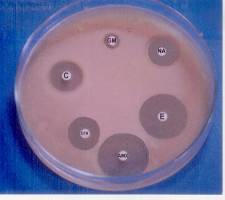 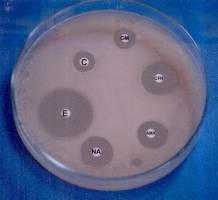 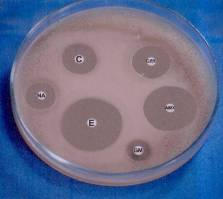 Stimulation and control of E. coli by magnetic field Fig. 6. The antibiotic zones for the unexposed and exposed bacteria (6 h and 16 h, respectively). EFFECT OF MAGNETIC FIELD ON ULTRA STRUCTURE OF BACTERIA CELLS Fig. 7 shows the ultra structure of E. coli cells for the three volumes, A, B and D. The figure illustrates a complete lyses of the cell wall without destruction of cytoplasmic membrane, granular ribosomal distribution and no vacuoles appear in the cytoplasm for volume B. But for volume D, an elongation of the cells was observed with an increase in the wall thickness of cell and the majority of the cytoplasmic component disappeared. Strasak et al. [30] found that magnetic field effects depend on the cells shape. To get better understanding of the interaction mechanism of the magnetic field with biological systems an understanding of the bioelectrical signals resulting from the biological system during metabolic activity is required. 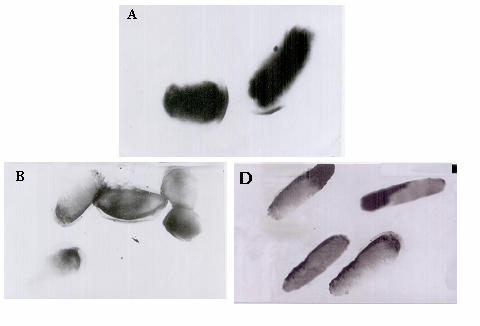