Nitinol Flexigrip Sternal Closure System and Chest
Wound Infections: Insight From a Comparative
Analysis of Complications and Costs
Jonida Bejko, MD, Vincenzo Tarzia, MD, Marco De Franceschi, BsD,
Roberto Bianco, MD, Massimo Castoro, MD, Tomaso Bottio, MD, PhD, and
Gino Gerosa, MD
Department of Cardiac Surgery, University of Padua, Medical School of Padua, Padua, Italy
Background. We sought to assess the efficiency of two
was significantly higher in group A (4.1% versus 1.7%;
different sternal closure techniques in preventing sternal
p ⴝ 0.03). Sternal surgical revision to treat a thoracic
wound complications (SWC). A cost analysis was also
instability was required in a significantly higher number
of patients in group A (9 patients, 1.9%) and in none of
Methods. Between January 2008 and April 2010, 1,644
group B (p ⴝ 0.004). The incidence of sternal instability,
consecutive cardiac surgery patients who underwent car-
secondary to wound infection, was significantly lower in
diac surgery in our institute were prospectively collected.
group B (p ⴝ 0.05). Overall costs were €7,407,296 and
A total of 1,072 patients received a standard parasternal
€6,896,432 in group A and group B, respectively. Thus,
wiring technique (group A), and 572 patients received a
nitinol clip closure technique offered a €510,864 cost
new method of sternal closure based on the use of
saving compared with standard steel wiring technique.
thermoreactive nitillium clips (Flexigrip; Praesidia SRL,
Conclusions. The Flexigrip assured a lower incidence
Bologna, Italy [group B]). We investigated, by a propen-
of SWC. The use of the nitinol clip favored an improved
sity matched analysis, whether the use of standard or
sternal closure technique preventing mediastinitis. Ad-
nitinol clip closure would impact on sternal wound
ditionally, the nitinol clip system proved to be cost
effective in cardiac surgery.
Results. In all, 464 patients of each group were matched
(Ann Thorac Surg 2012;94:1848 –53)
for 17 available risk factors. Overall incidence of SWC
2012 by The Society of Thoracic Surgeons
Despite the many advancements made in bone fixa- Material and Methods
tion and healing technology, the same method of
Ethics approval was granted by the University of Padova
sternal closure has been used for more than 100 years
Research Ethics Board, and individual patient consent
and is still the most common [1]. The use of sternal wire
was obtained. Between January 2008 and April 2010, 1,644
closure has been associated with various healing compli-
consecutive patients who underwent cardiac surgery and
cations, such as instability, nonunion, and infections
were prospectively entered into our Institutional data-
[2, 3]. Thus, despite the modern progress in postoperative
base were selected. No patient was excluded from the
management, the incidence of this complication has
remained stable over time, ranging from 2% to 5% [4 – 8].
The classical sternal closure technique using five or six
The Flexigrip (Praesidia SRL, Bologna, Italy) is a sternal
steel wires was applied in 1,072 patients (group A),
closure system composed of nitillium, a thermoreactive
whereas in 572 patients (group B), the sternal reapproxi-
alloy of nickel and titanium, commonly known as nitinol,
mation was obtained with the use of two to four nitillium
with a memory effect that acts as a brace holding together
clips. Demographics of both groups are summarized in
the sternal osteotomy (Fig 1).
Table 1. Coronary artery disease, bilateral internal tho-
The study aim was to evaluate, by propensity score
racic artery harvesting, chronic obstructive pulmonary
matching, whether the use of thermoreactive nitillium
disease, renal insufficiency, and long duration of total
clips, instead of standard sternal wiring, impacted on the
operative time—well-known risk factors for SWC—were
incidence of deep and superficial sternal wound compli-
significantly more frequent in group B. A superficial or
cations (SWC), completing the study with a detailed cost
deep SWC was observed in 46 patients from both group A
and group B. Univariate regression analysis showed that
ischemic cardiomyopathy, bilateral internal thoracic har-
vesting, diabetes mellitus, cross-clamp time, and total op-
Accepted for publication Aug 10, 2012.
erative time are significant risk factors for SWC (Table 2).
To compare similar populations affected by similar
Address correspondence to Dr Bottio, Cardiac Surgery Institute, Via
Giustiniani 2, Padova, Italy; e-mail: [email protected]
comorbidities, propensity scores were calculated. The 17
2012 by The Society of Thoracic Surgeons
Published by Elsevier Inc 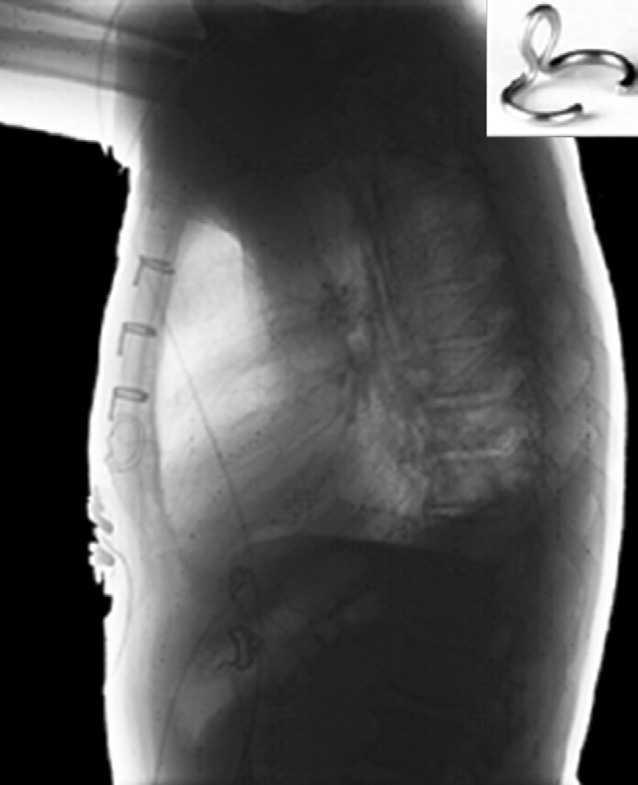