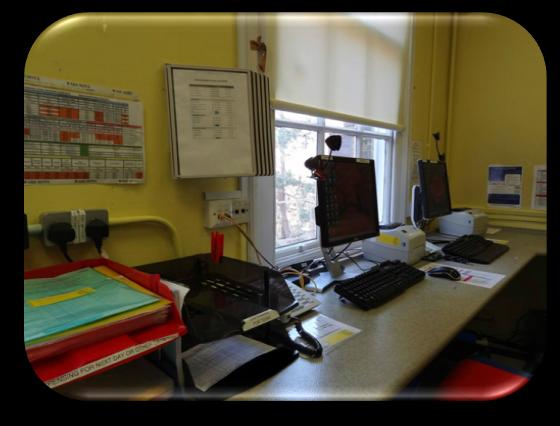 Alturos Ltd 2006-2013 Applying Process Improvement in an NHS Pharmacy to Reduce Cost, Increase Productivity
and Create a Better Working Environment
In July 2010, the Pharmacy at one site of one of London's largest NHS Foundation Trust's, started applying Lean working methods. Since that time, a number of projects have developed. This article outlines the work conducted to date in the dispensary, one of several Pharmacy projects that emerged from the original Lean investigation. Highlighted are a number of useful points when deploying Lean thinking:  Benefits will emerge at the micro-level, as well as macro-level, of a process change;  The requirement for operational data at this level is vital in assessing benefits and realising them in terms of specific NHS frameworks such as QIPP;  The mutual dynamic of sound leadership and engagement of operational staff should never be underestimated in the execution of improvement projects;  Some CIP programmes are useful. However the ‘systems thinking' approach of encompassing quality of the process and speed of response of a process through Lean will yield both sustainability of change and larger financial gains than single cost reduction Evidence gathered during the Lean investigation revealed a number of dispensary processes that could be improved. In the language of Lean they were simply ‘wasteful' activities. They frustrated the staff working in them and the evidence showed they lacked efficiency. Having dispensary staff involved in the investigation helped reinforce the message that Lean was not focused on cost cutting. Mapping the process improvements to the QIPP agenda, and improving dispensing for patients, helped the staff in their approach to their improvement projects. One of the issues was lack of worktop space at peak times, where dispensing technicians had little individual space to work in. As a consequence of this staff were also restricted in their movement around the dispensary. Alturos Ltd is a company registered in England and Wales Registered Office: Rydal House, 29 Rydal Drive, Bexleyheath, Kent DA7 5EF Company No. 5927033 – VAT Reg. No. 903 9144 35 Tel: 08704 717127 Fax: 08704 717128 Web: www.alturos.co.uk 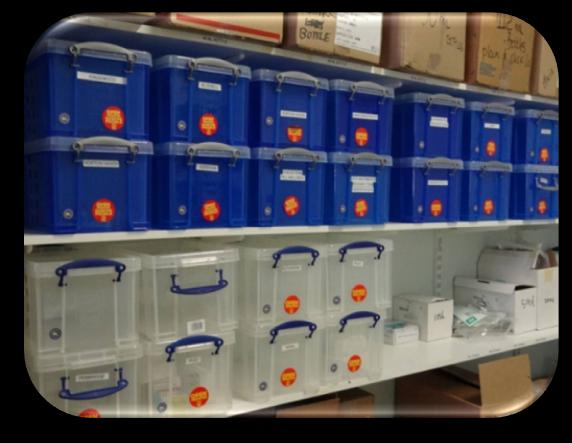 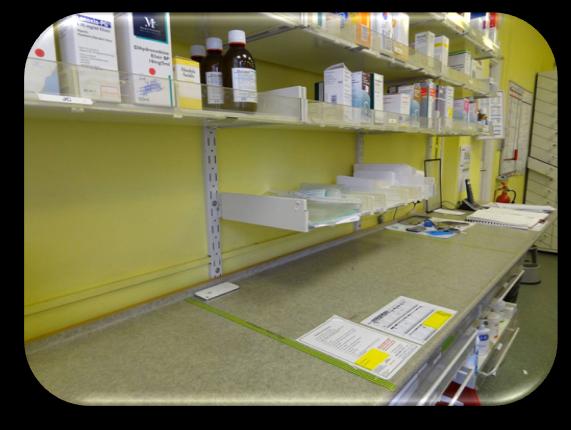 Alturos Ltd 2006-2013 However a root cause analysis carried out by the team showed that inappropriate layout, not too little space was the problem. Poor layout meant that staff were walking around looking for items. This reduced the time for actual dispensing. As a consequence, more staff time was needed to compensate for the time lost in walking and searching for items. So the first step was to remove from the dispensary those items that were not needed. Initially, the team segregated the bags of medications returned from the wards into a dedicated area. The team used transparent boxes to house the returns. This visual management achieved the added benefit of being able to quickly see if there were any returned drugs could be used in the current dispensing requirements. The first phase also removed items from the dispensary that were no longer regularly used. One example was the telephone number listings that were often required. The lists were removed from horizontal surfaces, updated and inserted into wall mounted index files for easy reference and quick An audit of various consumable items preceded the second phase. This involved all the dispensary staff in logging what items they used when dispensing. Evidence from the audit allowed stock levels of nearly all consumable items to be adjusted downwards. Few were adjusted upwards. In some cases there were eight weeks stock of, for example, pill pots that were occupying valuable dispensing space. A replenishment system was put into place so that consumables were replenished each morning based on actual demand and usage. Having released worktop and drawer space, the next step was to reduce even further the amount of walking undertaken by staff. This was achieved by creating dedicated dispensing stations. Each had an appropriate level of consumable items within arms reach. The flow of prescriptions around the dispensary was also changed, to minimise distance travelled. In the case of Clozapine dispensing, two flexible dispensing stations were set up. During peak periods Clozapine dispensing days (which corresponded to clinic sessions), these stations were used solely for that medication. Each had the dedicated medication, as well as associated medication within reach and the specialised associated paperwork. Alturos Ltd is a company registered in England and Wales Registered Office: Rydal House, 29 Rydal Drive, Bexleyheath, Kent DA7 5EF Company No. 5927033 – VAT Reg. No. 903 9144 35 Tel: 08704 717127 Fax: 08704 717128 Web: www.alturos.co.uk 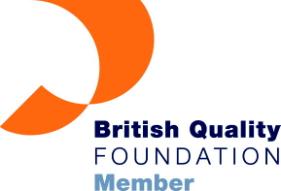 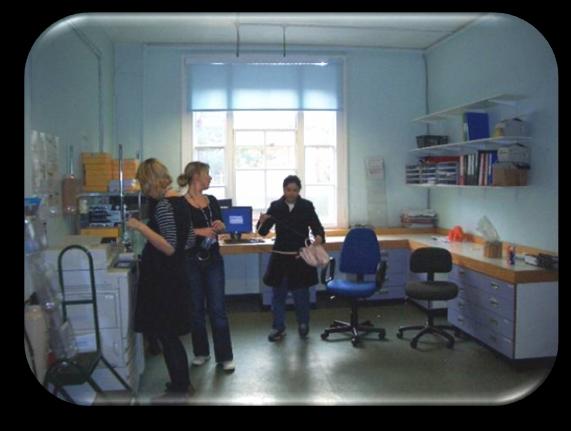 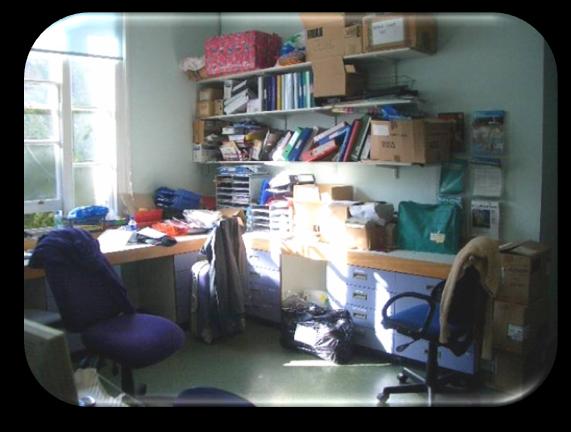 Alturos Ltd 2006-2012 In parallel, various data were collected to understand the outcomes before, as well as after the application of the initial Lean activity. Both qualitative and quantitative data showed positive trends that linked to QIPP. For example: total sickness-absence reduced by 39% in the year 2011/12 over 2010/11. 16% was a reduction in short-term absences. Staff also commented positively about the better working environment and their reduced frustrations with the processes. This suggested that involving staff with Lean and creating workplace improvements had improved staff morale and "I went away on maternity leave just as the Lean work was starting. When I returned, dispensary was totally different and so much better – much easier to work in and no longer crowded or bumping in to other col eagues al the time." Pharmacy Technician. Overtime reduced by 71% in the year 2011/12, over 2010/11. This was directly attributable to the Lean work. Analysis showed there had been no other influencing factors such as reduction in demand or increased staff levels. One of the small, yet effective Lean improvements, which helped reduce overtime, was ‘pegging' the prescriptions on a line, so that the number of prescriptions waiting could be seen in a glance. This helped with scheduling, to balance staff resource with demand. The daily productivity levels were also measured before and after the Lean implementation. Firstly in Lean terms, a reduction in variation of output demonstrates a process that is more stable and under better control. This was evidenced from the dispensary output data where fluctuations in daily output reduced over the months. Secondly, the median average productivity levels demonstrated an improving trend during 2011, as shown in Figure 1. The median average from April 2011 to September 2011 was 51 units per day per person. This increased to a median average of 57 units per day per person in the period October 2011 to March 2102. Alturos Ltd is a company registered in England and Wales Registered Office: Rydal House, 29 Rydal Drive, Bexleyheath, Kent DA7 5EF Company No. 5927033 – VAT Reg. No. 903 9144 35 Tel: 08704 717127 Fax: 08704 717128 Web: www.alturos.co.uk Alturos Ltd 2006-2013 The reduction in productivity levels in January and February 2012 were due to what is referred to in continuous improvement terms as special cause Variation. In this case external factors beyond the control of dispensary. A sudden increase in demand for medication from new and reorganised units at a time when staff sickness levels peak was the root cause. Lessons were learned. As departments gather more knowledge and experience of continuous improvement behaviours, they become more agile in dealing with variations. So what is a special cause variation for one organisation could be a common cause variation (predictable) for another. uc 50
odr
P
45
Figure 1: Dispensary productivity: June 2011 to April 2012
The dispensary team were motivated by improvements in productivity levels of the dispensing process. They then sought further improvement opportunities. They also understood that Lean was a continuous improvement method and not a ‘one off' exercise. The performance measures relating to the dispensary were displayed in that area, so that staff could see the daily and monthly trends. In assessing the next area for improvement, it was a suggestion from one staff member that led to the rework data being analysed. Reworks occurred when items ready for dispensing to the patient, or ward, were checked and found to have an error. An example Alturos Ltd is a company registered in England and Wales Registered Office: Rydal House, 29 Rydal Drive, Bexleyheath, Kent DA7 5EF Company No. 5927033 – VAT Reg. No. 903 9144 35 Tel: 08704 717127 Fax: 08704 717128 Web: www.alturos.co.uk Alturos Ltd 2006-2013 was labelling details being printed incorrectly. These items were remedied and re-checked before final dispensing. The staff member involved commented that there were many different reasons for rework. All of which created demand on staff time and resources and reduced overall productivity. The rework data was analysed, categorised and then presented to all of the dispensing staff at a Lean ‘huddle' meeting. A huddle meeting takes place in the dispensary every two weeks and the agenda is driven by the performance data. These continuous improvement meetings last no more than thirty minutes. Over time, these meetings can be reduced to fifteen minutes or less. What became apparent to the staff during the huddle meeting was that the largest category of reworking was due to labelling errors. Examining the data further, the team noticed that there were a lot of similar errors that revolved around preferred wording and grammar on the labels, examples being: "Instil in ear/eye" versus "Insert in ear/eye," or "Take on Thursday" versus "Take on For some types of medication there were no wording standards. The team agreed a set of actions to move towards the creation of standardised wording. As actions are implemented, the dispensary team monitor weekly rework data to assess whether improvements have been achieved and discuss and agree further actions as appropriate. Once one new area for improvement is underway, the team then look at the performance data to determine the next priority.
About the author: Dr Tim Franklin MBA FRSA MIOM

i n t r O d u c t i O nDebriefing has been shown to improve clinical behavior during cardiac resuscitation and, as such, has become a recommended procedure in the 2010 European Resuscitation Council Guidelines for Resuscitation. Edelson and colleagues reported that the number of patients achieving return of spontaneous circulation (ROSC) at a university hospital in the Midwest of the US increased from 44.6% to 59.4% (p=.03) when weekly debriefing sessions were conducted.1 This guide has been developed to provide guidelines for debriefing the key measures of care that can have a significant impact on outcomes from sudden cardiac arrest (SCA).