Figure 1. The Adams forward bend test.
with favorable pulmonary volumes. Because of recent advances in If a spine curve is detected or the patient's body habitus precludes pediatric critical care management and postoperative respiratory the test's sensitivity, spinal radiographs should be performed. therapy support, surgical treatment of spine deformity in DMD Anteroposterior (AP) and lateral spinal radiographs with the can be deferred until Cobb angle measurements approach 45-50 patient either sitting or standing, based on the individual's degrees and may be safely tolerated in patients with forced vital IXQFWLRQ DUH JHQHUDOO  VXI¿FLHQW 2Q WKH $3 ¿OP WKH &REE capacity measurements even below 30-40% predicted.9 angle is measured. The Cobb angle, named after the American orthopedic surgeon John Robert Cobb, originally was used to HIP DYSPLASIA, SUBLUXATION, AND
measure coronal plane deformity on AP plane radiographs in WKHFODVVL¿FDWLRQRIVFROLRVLV17KH&REEDQJOHLVGH¿QHGDVWKHangle formed between a line drawn parallel to the end plate of Hip dysplasia, subluxation, and dislocation are orthopedic the superior vertebra and a line drawn parallel to the end plate abnormalities encountered in children who have NMD. Hip of the inferior vertebra which results in the greatest angle. Serial dysplasia refers to a condition of the hip that may be present at measurements should be performed using the same anatomic or shortly after birth with inadequate acetabular formation. Hip landmarks to ensure commensurable measurements (Fig. 2).
dysplasia is most commonly seen in NMD with congenital paresis such as congenital myopathies, congenital muscular dystrophies, and spinal muscular atrophy type 1. Hip subluxation and/or dislocation are almost always associated with a degree of hip dysplasia. The primary physical examination maneuver screening for hip dislocation or subluxation is the Galeazzi (or Allis) sign. 7KHPDQHXYHULVSHUIRUPHGE OD LQJWKHSDWLHQWVXSLQHÀH[LQJthe hips and knees, and examining the knee heights. A positive test is when the knees are not at the same level (Fig. 4). The pathologic side is the one with the lower knee height and subluxation is often associated with decreased hip abduction ROM. In the setting of complete dislocation, hip abduction can be reduced, normal, or excessive.
The predicted severity of a spinal deformity is highly dependent on the remaining growth of the spine. Joseph C. Risser developed a method for measuring the iliac apophysis which became known as the Risser sign (Fig. 3). Using a score of 1-5, it gives a measure RIWKHSURJUHVVLRQRIRVVL¿FDWLRQRIWKHLOLDFDSRSK VLVDVDPDUNHUof skeletal maturity. Grade 1 is given when the iliac apophysis LV FDOFL¿HG OHVV WKDQ  FRUUHVSRQGLQJ WR SUHSXEHUW  RU HDUO  to the stage before or during the adolescent growth spurt. Grade 3 is up to 75% and corresponds to the slowing of growth. If the Galeazzi sign is positive, an AP radiograph of the pelvis Grade 4 is 75-100% and corresponds to an almost cessation of should be obtained. Hip subluxation and hip dislocation typically growth. Grade 5 is when the iliac apophysis is fused to the iliac crest and corresponds to the end of growth.
an AP radiograph. This measures the femoral head's containment within the acetabulum with respect to Perkin's line. Perkin's line Previous guidelines in neuromuscular patients especially those is drawn vertically though the lateral most aspect of the acetabular with Duchenne muscular dystrophy (DMD) recommended roof (Fig. 5). Shenton's line, which is formed by the medial aspect surgical treatment for scoliosis once angular deformity exceeded of the obturator foramen and the medial aspect of the femoral 25 degrees with a Risser Grade 3 or less, citing an optimal match neck, forms an unbroken arc in the normal hip. However, in a between the Cobb angle as predictive of relentless progression dislocated hip, this arc will be discontinuous (Fig. 5). Hip 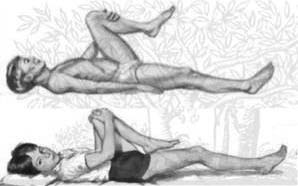 NEUROMUSCULAR UPDATE II: MIND THE GAP! BETWEEN THEORY AND PRACTICE Weakness and inability to achieve active joint mobilization throughout the full normal ROM is the single most frequent factor FRQWULEXWLQJ WR WKH RFFXUUHQFH RI ¿[HG FRQWUDFWXUHV /HVV WKDQantigravity knee extension strength places an individual at risk for NQHHÀH[LRQFRQWUDFWXUHV7KHSRVLWLRQLQZKLFKDMRLQWLVVWDWLFDOO SRVLWLRQHG LQÀXHQFHV WKH QXPEHUV RI VDUFRPHUHV SUHVHQW LQ DQ  Figure 5. Anteroposterior pelvis radiograph with a normal right hip and
given muscle. A shortened muscle length may result in up to a 40% loss of sarcomeres.8 A statically positioned limb developing ¿EURWLF FKDQJHV ZLWKLQ WKH PXVFOH ZLOO GHYHORS FRQWUDFWXUHformation in the position of immobilization. Contractures rapidly subluxation usually is diagnosed with a hip migration percentage develop in many NMDs after transitioning to a wheelchair.
of greater than 33%, although others may classify subluxation as mild when it exceeds 20%. Hip dislocation is diagnosed when the Assessing muscle weakness and muscle imbalance can help migration percentage is greater than 100% or the femoral head is predict which joints are at greater risk of developing contractures. completely uncovered.4 $OWKRXJKLPEDODQFHEHWZHHQÀH[RUDQGH[WHQVRUPXVFOHJURXSVhas not been shown to be a major factor leading to contracture Many ambulatory patients with NMD utilize hyperlordosis to formation, contractures are frequently observed when major stabilize the pelvis during ambulation. Hyperlordosis functionally muscle imbalance is present. This is due to reduced ROM since SXWV WKH KLS LQWR IRUZDUG ÀH[LRQ 6LPLODUO  SULPDU  ZKHHOFKDLU the range is dominated by the stronger muscle group. In several users who spend most of the time in the seated position can 10'V WKHUH LV PRUH LQYROYHPHQW RI WKH DQNOH GRUVLÀH[RUV WKDQ observed equinus foot deformities.8 or necessary for the mechanical advantages added over traditional gait patterns. A physical examination maneuver is often needed Treatment of foot deformities depends on the patient's age, WR GHWHUPLQH ZKHWKHU WKH K SHUORUGRVLV DQG KLS ÀH[LRQ DUH ÀH[LELOLW RIWKHIRRWERQ GHIRUPLW DQGPXVFOHLPEDODQFH$ biomechanically advantageous or obligatory contracture. The nighttime or fulltime ankle–foot orthosis (AFO) in a neutral ankle Thomas test, a physical examination test named after the British position custom molded to the foot deformity may decrease the orthopedic surgeon Dr. Hugh Owen Thomas, is used to rule out hip tendency toward further development of the deformity. A supple foot can be managed nonoperatively by a solid ankle AFO in the neutral position.
extended. The test is positive if the patient's opposite/contralateral KLSÀH[HVZLWKRXWNQHHH[WHQVLRQDVLJQRIWLJKWLOLRSVRDVWKH Distal lower limb surgical interventions in ambulatory patients hip abducts during the test (suggests tight tensor fascia latae); or ZLWK VORZO  SURJUHVVLYH 10' DUH RIWHQ XWLOL]HG ,I D ¿[HG knee extension occurs (implies tight rectus femoris). Of note, a hip deformity is present, surgical intervention may be required to obtain a plantigrade foot. The Coleman block test is commonly absent in this period, it may indicate developmental dysplasia of used in cavovarus feet to determine whether the contracture involves the forefoot, hindfoot, or both (Fig. 7).5,7,10 The patient thigh just touches the abdomen to obliterate the lumbar lordosis. stands on a wood block 2.5 cm thick with the heel and lateral The angle between the affected thigh and the examination table freely over the block. This negates the effect the forefoot may KLS ÀH[LRQ OLPLWV DQ  FRPSHQVDWRU  OXPEDU ORUGRVLV ZKLFK FDQ have on the hindfoot stance. The hindfoot should be bearing the patient's full weight. The correction of hindfoot varus with the SDWLHQWVWDQGLQJRQWKHEORFNVXJJHVWVWKHKLQGIRRWLVÀH[LEOHDQGinterventions should be directed to correct the forefoot position. If the hindfoot varus does not correct while standing on the block, surgical correction of both the forefoot and hindfoot are likely needed to obtain a more plantigrade foot. Rarely is tendon achilles lengthening (TAL) needed to correct a cavovarus foot because the FDOFDQHXVLVDOUHDG LQFDOFDQHXVRUGRUVLÀH[LRQ)LJ5,7,10 TAL may worsen the cavus deformity by tilting the hindfoot into more calcaneus and the forefoot into more equinus to maintain ground contact. A dorsal closing wedge osteotomy of the midfoot at the apex of the cavus foot deformity is often performed in Charcot–Marie–Tooth disease patients (Fig. 9). The osteotomy improves the forefoot position in relation to the hindfoot. This improves weight bearing biomechanics and can reduce pain.5,10

Radionuclide therapy beyond radioiodine Wiener Medizinische Wochenschrift ISSN 0043-5341Wien Med WochenschrDOI 10.1007/s10354-012-0128-6 Your article is protected by copyright and all rights are held exclusively by Springer- Verlag Wien. This e-offprint is for personal use only and shall not be self-archived in

‘Bio Piracy' — A Discussion of Some Important Cases The article discusses the issue of large pharmaceutical companies patenting bio-resources that have been traditionally used by the indigenous people of a land. Bio piracy is the appropriation of the to traditional knowledge,2 some of the an ancient Sanskrit text and a paper knowledge and genetic resources of