Summary – February 2015
• SKAGEN Global outperformed its benchmark in February. The fund's unit price increased by 6.9% whereas the benchmark MSCI All Country World Index increased by 5.8% (both measured in EUR).* • Citigroup, Renault and AIG were the three best monthly contributors to absolute performance while Samsung Electronics, Global Telecom Holding and State Bank of India were the three main detractors. • The SKAGEN Global team continued to hunt for new ideas and fine-tune existing portfolio holdings. As a result, we initiated three new positions in General Electric (GE), Lundin Petroleum and Columbia Property Trust. • We increased our weight in NN Group and DSM but scaled back in Toyota Industries, Renault and Technip. The oil services companies Baker Hughes and Weatherford exited the portfolio. • SKAGEN Global's portfolio remains attractively valued both on an absolute and a relative basis. The fund's top-35 holdings trade at a weighted Price/Earnings (2015e) of 10.8x and a Price/Book of 1.2x vs. the index at 16.7x and 2.1x, respectively. Hence, the discount of the portfolio to the index is significant on both multiples. * Unless otherwise stated, all performance data in this report relates to class A units and is net of fees.

The largest companies in SKAGEN Global
Citi is a US financial conglomerate with operations in more than 100 countries worldwide. The bank was bailed out by the US government during the credit crisis and subsequently raised USD 50bn of new capital. Consists of two units: Citi Holdings which is a vehicle for assets that are to be run down and sold and Citi Corp which is the core of the going concern business. In Citicorp 60% of revenues are derived from outside the US - mainly from emerging markets. Samsung Electronics is one of the world's largest producers of consumer electronics. The company is global #1 in mobile phones and smartphones, the world's largest in TV and a global #1 in memory chips. Samsung also produces domestic appliances, cameras, printers, PCs and air conditioners. AIG is an international insurance company serving commercial, institutional and individual customers. The company provides property-casualty insurance, life insurance and retirement services. AIG was at the very centre of the financial crisis as the central bank for mortgage insurance – it was bailed out in a USD 180bn bail out. The company has two core insurance holdings: Sun America and Chartis that it intends to keep. The company has set a target to achieve 10% ROE by 2015. Nordea holds pole position in the Nordics with 11.2m retail costumers and 625,000 corporate clients. Nordea is the largest Nordic asset manager/wealth manager with EUR 224bn in AuM (EUR 138bn in managed funds). It is the most diversified among its Nordic peers. Total loans are EUR 346bn with the following split: Finland 27%, Sweden 26%, Denmark 24%, Norway 18%, and Baltics/Poland/Russia 5%. DSM is a global life sciences and materials science company. It was founded in 1902 and is headquartered in Heerlen, the Netherlands. The company operates in five segments: nutrition, performance materials, polymer intermediates, pharma, and an innovation centre. DSM has spent a decade reshaping its businesses from basic chemicals to life science. 2/3 of earnings comes from nutrition today. 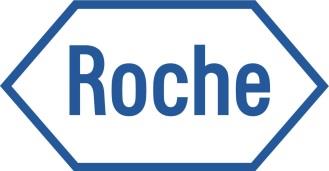 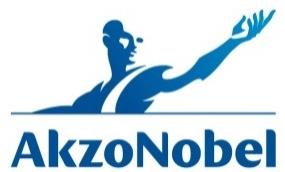 The largest companies in SKAGEN Global (cont.)
LG Corp is the third largest conglomerate in Korea. It is a holding company which operates a number of listed subsidiaries: LG Chem (basic chemicals but it is also a leading manufacturer of batteries), LG Electronics (consumer electronics and home appliances), LG Uplus (wireless telecom services), and LG Household & Health (households and personal care products). The company also operates a number of unlisted companies. Akzo Nobel is the world's leading coatings supplier. It is active in 3 key areas: Performance coatings, Decorative paints and Specialty chemicals. Revenues in 2013 totalled USD 14.6bn with 50,000 employees. The company has good positions in all key mature markets plus a particularly strong emerging market portfolio, including top 3 positions in China, India and Brazil. High growth markets make up 44% of sales, with North America representing 15% and developed Europe 38%. General Motors is one of the world's largest automakers with a global market share of 11% and its products are sold in 120 countries. Brands include: Buick, Cadillac, Chevrolet, GMC, Daewoo, Holden, Isuzu, Jiefang, Opel, Vauxhall and Wuling. North America is still its largest market, making up more than 50% of revenues. However, General Motors has a strong presence in BRIC with a market share of 12% together with joint venture partners. State Bank of India is the largest bank in India with a 22% market share. It has an unrivalled pan-India branch network and a very strong deposit franchise. The bank also has a sizeable overseas presence (15% of loan book). Aside from its core banking operation, the company is also involved in life insurance, asset management, credit cards, and capital markets. Roche is a leading pharmaceuticals and diagnostics company based in Switzerland. Half of group sales and 2/3 of EBIT are derived from the company's Big 3 oncology franchises: HER2 (breast cancer), Avastin (colorectal cancer), and MabThera/Rituxan/Gazyva (blood cancer), each about USD 7bn of revenue. These businesses all come from Genentech, in which Roche has been a majority owner since 1990, and bought the last 46% in 2009. Special situation General Electric (GE US) $25
History and what they do. Source of investment idea
• GE was founded in 1892 by Thomas Edison et al. Operating two divisions (GE Industrial, GE Capital) with 50/50
of earnings, it is the world's 10th largest publicly-traded company and boasts the 6th most valuable brand. GE Industrial is a play on global infrastructure with a high-margin service business and a large installed base. Key Figures
• Group financials (2014): $150bn Sales, 12% operating margin, $13bn FCF, ND/EBITDDA 0 • Geographical sales split: US 45%, Asia 20%, Europe 20%, Other 15% • GE Industrial: 6 segments (% Group Sales / operating margin): (i) Power & Water 19%/ 20%; (ii) Aviation 16%/20%; (iii) Healthcare 12%/17%; (iv) Oil & Gas 13/14%; (v) Transportation 4%/20%; (vi) Other 5%/4% • GE Capital: 5 segments spanning commercial leasing, real estate and consumer financing. Classified as a non- bank SIFI, but its 11% CT1 ratio vastly exceeds 7% minimum regulatory requirement. • CEO (2000): J. Immelt (b. 1956), $50m shares; CFO (2013): J. Bornstein (b. 1966), $30m shares • Investment idea derived from SKAGEN Global internal proprietary research Rationale for investment
Our differentiated view on GE is particularly pronounced in three areas: Strategy, Incentives and Valuation skew. 1.Portfolio transformation. The market doubts GE's 2017 target of 75% of EPS from GE Industrial, but we believe this aspiration is achievable and over the next 3 years will earn GE a higher, industrial-like valuation multiple reflecting growing and more resilient cash flows as the impact of today's bank-like GE Capital fades. 2.Management incentives. We think the power of the revamped incentive program lends credibility to the overall strategy and strengthens alignment with shareholders. What gets measured, gets done. 3.After a multi-year US bull market, the valuation skew offered by GE looks fairly attractive with a relatively limited downside supported by an attractive 3.5% yield and clear upside optionality driven by a self-help story. GE now trades at the highest relative P/E discount vs. the S&P in over 10 years (ex-financial crisis). Largest Holders
1. Blackrock 5.7% 2. Vanguard 5.4% Financial evidence that GE Industrial will comprise 75% of EPS and achieve 17+% operating margin in 2-3 years 3. State Street 4.1% Synchrony (part of GE Capital) spin-off executed (faster than anticipated would be a bonus) • More efficient use of balance sheet Risks
• Strong $, integration issues (Alstom) and/or poor execution delaying the margin expansion in GE Industrial
• Interference from Federal Reserve on GE Capital "shrinking", potentially impeding the portfolio transformation
Target price
Our 2-year price target of $34 is derived from 15x 2018 EPS + dividends
Special situation Lundin Petroleum (LUPE SS) SEK 118
History and what they do
The Lundin family have been involved in oil exploration and production for more than 30 years. LUPE can trace its roots back to the early eighties in the form of International Petroleum. Market cap: SEK 36,8bn Today LUPE has exploration and production assets focused upon two core areas, Norway and SE Asia, as well as assets in France, Netherlands and Russia. Lundin maintains an exploration focus, seeking to generate shareholder value through exploration success and also No. of shares: 311mn has the resources to take exploration successes through to the production phase. Rationale for investment
Total production of 30-35k boe/day, increasing to 75k boe/day year end 2015 when Edvard
ROE (16-17e): 30% Grieg starts production. Main assets: Sverdrup (20-23% ownership, Statoil 40%, Petoro 15%, DetNor 12% and Maersk 8%), Edvard Grieg (50% ownership, OMV 20%, Statoil 15% and Wintershall 15%). Other assets include Alvheim (15%), Volund (35%), Brynhild (90%), France and some small assets in Netherlands, Indonesia and Russia. Sverdrup (500 mill boe) and Edvard Grieg (100 mill boe) represent about SEK 140 per share. Total discoveries have a core with Hold/Sell 15 NAV of SEK 170-200. LUPE is fully funded for its developments. Given Lundin's track record, we expect to see more exploration successes in the years to come.
Triggers
Lundin family 30% • Asset spin-offs probably on the agenda Causeway Capital 3.8% • Significant Sverdrup upside • Marathon's announced farm-out of NCS will provide mark-to-market valuation of LUPE's Risks
• Delayed production start on Sverdrup (first oil expected in 2019)
• Oil price
• Exploration successes coming to an end

Target price
SEK 175 derived from $10 x reserves.
For more information please visit:
Our latest Information on on our web pages

Unless otherwise stated, performance data relates to class A units and is net of fees.

Historical returns are no guarantee for future returns. Future returns will depend, inter alia, on market developments, the
fund manager's skill, the fund's risk profile and subscription and management fees. The return may become negative as
a result of negative price developments.
SKAGEN seeks to the best of its ability to ensure that all information given in this report is correct. However, it makes
reservations regarding possible errors and omissions. Statements in the report reflect the portfolio managers' viewpoint
at a given time, and this viewpoint may be changed without notice. The report should not be perceived as an offer or
recommendation to buy or sell financial instruments. SKAGEN does not assume responsibility for direct or indirect loss
or expenses incurred through use or understanding of the report. Employees of SKAGEN AS may be owners of
securities issued by companies that are either referred to in this report or are part of the fund's portfolio.