Staff Happenings staff as well as community substance Services Manager). Peggy will be working abuse treatment providers. During this with coordinators at Lansing and El Dorado time, she has also assisted with programs Correctional Facilities, and in parole, to audits, computer based training support the work of the cognitive specialists development and training development throughout the Department, and provide input across the state. into program, contract and policy development regarding the delivery of cognitive behavioral services and interven- After 32 years of service to the State of tions. Among other issues, Peggy will address Kansas, Norman Bacon, manager of tech readiness assessments and training, curriculum services and network security for the Kansas development, training of staff and volunteers, Department of Corrections retired in and information-sharing throughout the March. Norman began his career with the department and state. State of Kansas January 25th, 1975. A reception was held for Norman on Peggy comes to the Kansas Department of Wednesday March 5, 2008. Corrections from the Johnson County (Kansas) Department of Corrections, where she worked in the Adult Division as Training Effective Monday, March 16, 2008, Coordinator for three years and Senior Case Dan Winston was promoted to the Manager for seven years. Her work in Johnson newly created Trainer (Field Skills County included becoming trained to train Developer) position at Ellsworth Cor- facilitators of cognitive behavioral groups, and rectional Facility (ECF). Dan will be doing ongoing facilitator training in Kansas and assigned to the Kansas Department of nationally, through the National Institute of Correction's Programs, Research and Corrections (NIC). Peggy also developed Support Services Division and training for staff, and provided coaching and Melanie Scott was promoted to the supervised by a Central Office position modeling of cognitive behavioral position of Trainer (Curriculum Developer) [Beverly Fertig, Trainer (Lead Skills interventions. Peggy has facilitated Thinking with the Kansas Department of Corrections Developer)], but he will be located at for a Change/cognitive-based client groups on January 28, 2008. This position is ECF. Dan will be responsible for since December 1999. Also for over three located in the KDOC Central Office and is delivering case management training and years Peggy has served as a Regional Field responsible for developing and coordinating providing skills development services to Coordinator for NIC's regional training training programs for corrections case managers in facilities and offices initiative, which involves working in the counselors. Melanie will be working with throughout the State with an emphasis central region with other trainers to develop Central Office Facility Management staff, on the Ellsworth and Larned geographic training plans and deliver training sessions in a facility Classification Administrators, facility cooperative effort to build the capacity of Unit Team Managers, and other subject corrections agencies. matter experts to develop training designed to teach basic skills for new counselors and provide continuing education opportunities for existing staff. These duties include further development of KDOC's distance learning capacity, evaluating training needs, and trainer development. Melanie has been with KDOC since June 2003 as a Staff Development Specialist working with the 2003-SB123 team. She has spent the past several years delivering Thinking for a Peggy Bryan, who began working for Colene Fischli , KCA President, was pro- Change, Cognitive Behavioral Interventions the Kansas Department of Corrections moted to the position of Corrections Manager 2-Day, LSI-R, CRC, ACMS, Evidence (KDOC) on Monday, March 3, 2008, is II at the Topeka Correctional Facility. Previ- Based Practices, and Training for Trainers KDOC's new Public Service Executive ously, Colene had worked in the Central Of- to Facility, Community and Field Services (Statewide R3 Cognitive Behavioral fice of the Kansas Department of Corrections. 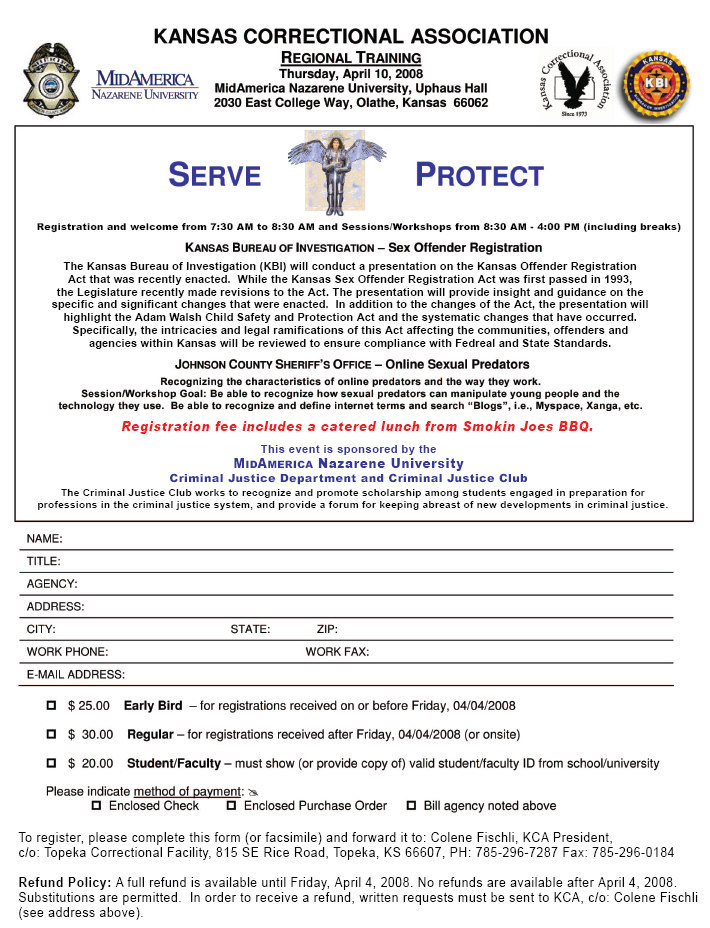 VOLUME 4, ISSUE 2 Kansas HeroINE: Clarina Nichols, Women's suffragette and Abolitionist, 1810—1885 quickly decided to migrate to the new This successful campaign, which ended with territory, partly so that her sons could the referendum of October 4, 1859, how- establish new free-state homesteads and ever, did not end the struggle for equality. because of George Nichols' failing health. Kansas was a vital battleground for woman's In 1854 she joined the New England Emi- rights, and events here remained important grant Aid Society and soon moved her to the national movement. Thus, when the family to a claim in southern Douglas Kansas campaign for equal suffrage was County, near Prairie City. launched in 1867, Susan B. Anthony, Lucy Stone, Olympic Brown, and Elizabeth Cady Clarina Nichols' contribution to reform Stanton joined Clarina I. H. Nichols in a val- in Kansas focused mostly on woman's iant but futile effort. Kansas voters rejected rights, but like most activist women of amendments for both female and African her day, she also was opposed to slavery. American suffrage. The cause of woman's Her husband died in 1855, and Nichols rights advanced slowly, thereafter, but it did spent much of 1856 on the campaign trail advance, thanks to Nichols and many other seeking support for Kansas and John C. selfless and dedicated women. Nichols left Kansas in 1871 to be with two of her children Clarina Nichols, a recognized leader in Fremont, Republican presidential nomi- in California, where she died on January 11, the woman's rights movement and a cham- nee. On October 4, 1856, she wrote 1885. But, of course, the cause lived on. pion of many other reform causes before Thaddeus Hyatt regarding the objectives Two years after Nichols' death, Kansas ever moving to Kansas Territory, was born of her recent speaking tour in Pennsyl- women could vote in municipal elections, Clarina Irene Howard in West Town- vania: "In the first place I am laboring . . and in 1912 they succeeded in their long shend, Vermont, on January 25, 1810. She to subsist my two sons in the Free State effort to amend the state constitution and received an above average education for army of Kansas by the pay I get from the gain equality at the polls. her day, taught school, married at age lectures." Subsequently, Nichols moved twenty, worked for a newspaper (the the family to Wyandotte County, where Windham County Democrat in Brattle- in the spring of 1857 she became associate buro, Vermont), and had three children. In editor of the Quindaro Chindowan, an addition, she founded a seminary for young antislavery newspaper. Nichols traveled Bassett, T. D. Seymour. Biographical Sketch. ladies in Herkimer, New York. In 1843, throughout the territory lecturing about Notable American Women, 1607-1950: A soon after divorcing her first husband, equality, gathering signatures on peti- Biographical Dictionary. Cambridge, Mass: Justin Carpenter, she married George W. tions, and by 1859 building support for Belknap Press of Harvard University Press, Nichols, the Democrat's editor who was her participation at the Wyandotte Con- twenty-eight years her senior. (One son, stitutional Convention. These petitions George B., was born to this union.) Mrs. persuaded the delegates to give Nichols a Gambone, Joseph G., editor. "The Forgotten Nichols ultimately took over the newspa- voice and a platform. She sat in on the Feminist of Kansas: The Papers of Clarina I. per's editorial duties, making the Democ- convention's daily proceedings, occupy- H. Nichols, 1854-1885." Kansas Historical rat more literary and more closely aligned ing a seat of prominence next to the chap- Quarterly 39 (Spring 1973): 12-57, and with a variety of reform causes. lain. While there, she lobbied the dele- seven subsequent issues. gates to grant women equal educational opportunities and the right to vote in Nichols inaugurated her woman's rights school district elections, as well as equal Kellogg, Lyman B. "The Founding of the career with a series of articles criticizing standing on child custody matters and State Normal School." Kansas Historical Col- standard property restrictions on married equality in holding real and personal lections, 1911-1912 12 (1912): n. 94-95. women, of the time. Her literary cam- property. Largely due to Nichols' lobby- paign, along with the efforts of other ing efforts, the Wyandotte Constitution Source: Kansas Historical Society woman's rights reformers, ultimately suc- guaranteed these rights to Kansas women, ceeded in changing statutes in both New and once the convention finished its York and Vermont by 1852. Nichols' ef- Please read Revolutionary Heart: The Life of work, Nichols campaigned for the consti- forts made her something of a regional Clarina Nichols and the Pioneering Crusade tution's adoption by the electorate. celebrity and a sought after public speaker. for Women's Rights by Diane Eickhoff When Kansas and Nebraska were opened (Quindaro Press), 2007, ISBN: 976443449, to non-Indian settlement in 1854, Nichols VOLUME 4, ISSUE 2 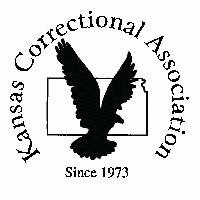 REALISATION OF ACQUIRED STRESSED 1. RBI & FEMA RBI after reviewing the factors which jeopardize 2. Foreign Trade 3. Corporate restructuring efforts of the majority lenders 4. Securities found that, while the maximum resolution period 5. Competition permitted to SCs/RCs for realisation of stressed 6. Indirect Taxes