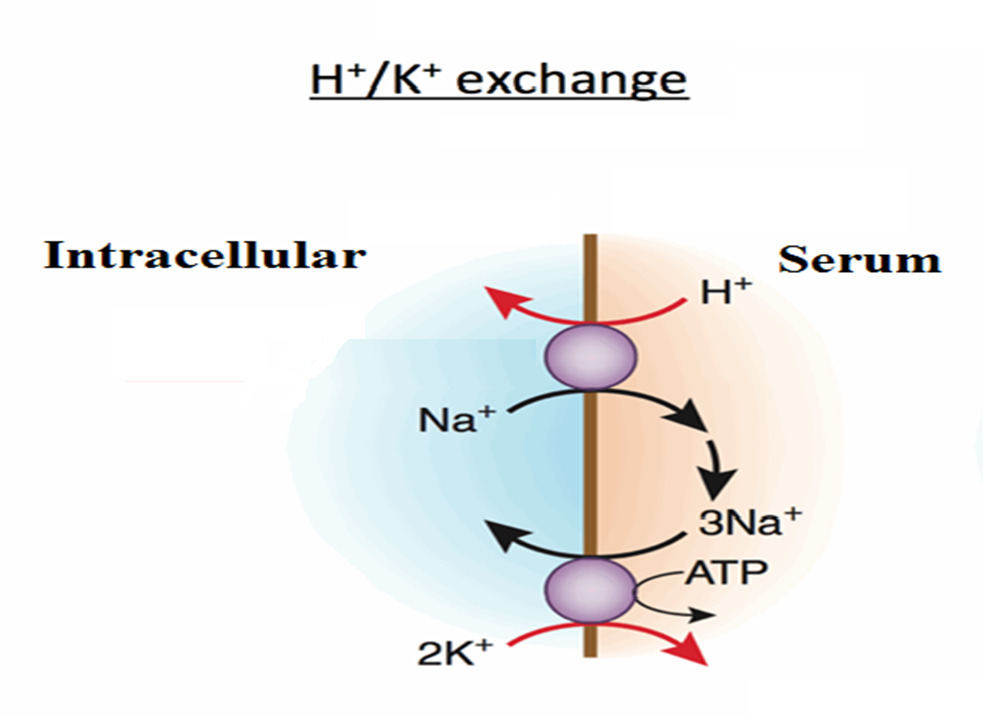 Biochemistry Justification 1. Why ORS contain glucose and Nacl? • Oral rehydration solution is used in treatment of dehydration in case of diarrhea. • ORS contain a. Sodium chloride b. Sodium citrate c. Glucose • There is lots of amount of water as well as sodium loss in case of diarrhea. • So, to correct dehydration, water is there with ORS. • As Glucose and Sodium get absorb by symport (co-transport) mechanism, there is always, glucose is needed for sodium absorption . 2. Hyperkalemia can occur in Metabolic acidosis. • There is increase concentration of H+ in Metabolic acidosis • More potassium ions moves from intracellular to extracellular( into serum),due to high H+ concentration, 3. Blood Buffers act quickly but not permanently. • There is three buffering mechanism for acid base balance. a. Blood buffer b. Respiratory mechanism c. Renal Mechanism • In blood buffer, Bicarbonate buffer (H2CO3/NaHCO3) is in ratio of 1:20 • Hence, It is having highest capacity to neutralized H+ ions. • As well as , it immediately balance acid and base. • CO2 excretion though Respiratory mechanism and H+ excretion though Renal mechanism require sometime. • So Respiratory and renal mechanism is delayed mechanism but excrete acid permanently from blood . • Means, Blood Buffers act quickly but not permanently.

Biochemistry Justification 4. Glycerol is used in enema. • Glycerol is alcohol of glyceraldehyde. • It has same properties like carbohydrate. • It is also very highly osmotically active substance. • So when it given orally or per rectally, it pull water into lumen of the intestine from intravascular & intracellular space. • That increase water content of stool and make easy defecation. • So Glycerol is used in enema. 5. Acarbose is used in treatment of diabetes mellitus? • Acarbose is structurally analogues to starch. • So it inhibit action of amylase. • So Decrease breakdown & digetion of carbohydrate. • So Less amount of glucose get release and less get absorb from intestine. • Which help to keep gluocose level low. • So Acarbose is used in treatment of diabetes mellitus. 6. Structure of proteoglycan is well suited for its function. • Proteoglycans are made up of uronic acid and amine sugar with sulfate. • Because of amine group and sulfate , they became charge molecule. • Because of that charge, it can attract more amount of water. • So it can keep medium spongy as well as like jelly. • So it can absorp shocks and can work as lubricant. 7. Sucrose is non reducing sugar • Sucrose is made of Glucose and Fructose with alpha 1-2 glycosidic linkage. • Aldose,function group of Glucose is at 1st carbon. • Keto, function group of fructose is at 2nd carbon. • But function groups are involve in alpha 1-2 glycosidic . • So no function is free to form enediol. • No reduction of copper sulfate • Negative benedict test. • So "Sucrose is called non reducing sugar." Biochemistry Justification 8. Sucrose is invert sugar • Sucrose (+ 66.5º) = Glucose (+52.5º) + Fructose (- 92º) • Sucrose is Dextro rotatory • While sucrose get hydrolysis, fructose give more levo-rotation than glucose dextro • So after hydrolysis of sucrose became levorotatory. • So there is change in rotation from dextro to levo. • So sucrose is called invert sugar. 9. Dextran is use as plasma volume expander • It is a complex branched polysaccharide of glucose of varying lengths, with high molecular weight. • Because of complex structure , it can not be broken down. • But it can give it's osmotic properties in intravascular space. • Pull more water into intravascular space and keep it there for longer time. • It increases blood volume and reducing its viscosity • thus it used as plasma expander. 10. In acute myocardial infarction,there is elevation of lactic acid in cardiac myocyte. • Myocardial infarction is complete occlusion of coronary artery due to thrombose • That decreases blood supply as well as oxygen supply to myocardium. • In absence of oxygen, these myocardium does anaerobic glycolysis for energy • There anaerobic glycolysis convert all pyruvate to lactatic acid. 11. Human can not digest cellulose. • Cellulose has beta 1-4 glycosidic linkage ( cellobiose bridge ) • Human Amylase can break only • alpha 1-4 glycosidic linkage. • alpha 1-6 glycosidic linkage. • Human has deficiency of enzyme for beta 1-4 linkage. (Cellulobiase) • Therefore humans can not digest cellulose Biochemistry Justification 12. Fluoride containing vial is use for collecting blood for blood sugar • Collected blood sample has RBC,WBC,Platelet cells etc, which can use glucose of • So during transportation and processing time, when sample get delay in analysis, glucose may get reduced. • And gives false low result of blood glucose. • In presence of fluoride, Enolase enzyme of glycolysis inhibited. So cell can not use • That gives correct value for blood glucose • So Fluoride containing vial is use for collecting blood for blood sugar estimation. 13. Patient of IDDM have more risk of diabetic ketocidosis than • In type II diabetes mellitus, there is increase in insulin level. • Because of increase insulin level, • Due to decrease sensitivity of receptors, glucose is not utilized. • Prevent Proteolysis • Prevent Fatty acid oxidation. • Less Acetyl CoA formation • Less ketone body formation • Less Chances of Diabetis Ketoacidosis Biochemistry Justification 14. Uncontrolled diabetes mellitus leads to neuropathy & retinopathy. • Hyperglycemia causes increased levels of intracellular glucose in nerves. • Extra glucose is shunted into the polyol pathway and converted to sorbitol and fructose by the enzymes aldose reductase and sorbitol dehydrogenase. • Accumulation of sorbitol and fructose lead to reduced nerve myoinositol and structural breakdown of nerves • It causing abnormal conduction. Advanced glycation end products • Excess glucose makes non-enzymatic reaction with proteins, nucleotides and lipids. Which is called "Advanced Glycation End products (AGEs)". • It may have disrupt neuronal integrity and nerve conduction. Oxidative stress • Increased production of free radicals in diabetes • These include direct damage to blood vessels leading to nerve ischemia. 15. Explain Why Diabetic patients are more prone to Atherosclerotic • In Uncontrolled diabetes mellitus, there is increase in insulin level. • But glucose can not utilized by Cell, So there is • More Proteolysis & More Fatty acid oxidation for energy production. • Because of more fatty acid oxidation for energy purpose, there will be more Acetyl • And simultaneously, due to stimulation of gluconeogenesis process and oxaloacetate deficiency, that excess acetyl CoA can not enter into TCA cycle. • That excess acetyl CoA make synthesis of • More cholesterol formation • More ketone body formation • Hence, Uncontrol Diabetes mellitus , there is more chances of atherosclerosis. 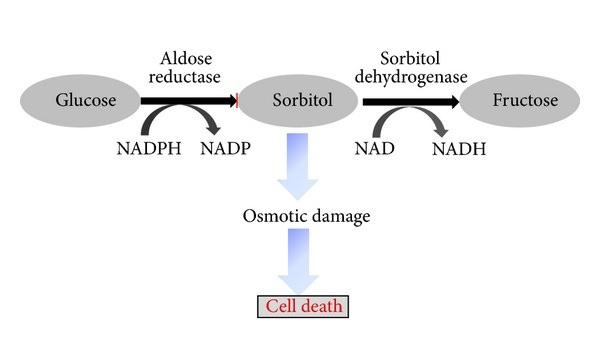 Biochemistry Justification 16. "Alcohol inhibit gluconeogenesis,so it causes hypoglycemia,if person is on starvation." explain it. • Ethanol and Methanol both increase NADH:NAD ratio. • The high concentration of NADH a. Convert all pyruvate to lactate. b. Inhibit TCA cycle c. Decrease production of Oxaloacetate • So , process of gluconeogenesis become slow and inhibited. 17. Primaquine administration in G6PD deficient patient can precipitate Hemolytic anaemia. • Decreased activity of G6PD impairs Hexose Monophosphate (HMP)Shunt. • Thus there is no synthesis of NADPH in RBC . • Primaquire induce free radical (oxidative stress) in RBC. • To over come this oxidative stress, NADPH is require which is deficient in G6PD • That high amount of free radical make damage RBC membrane • And induce hemolytic anaemia. 18. Cataract is more common in diabetes mellitus. • Due to high amount of glucose Increase glycation of crystalline protein of lens Makes denaturation of crystalline protein of lens Lens became opaque. • In lens, kidney and nerve cell , there is deficiency of Sorbitol dehydrogenase deficiency . • High glucose produce high sorbitol, that sorbitol can not diffuse out of lens. High sorbitol pull more water into lens and make lens swelling & opacity. 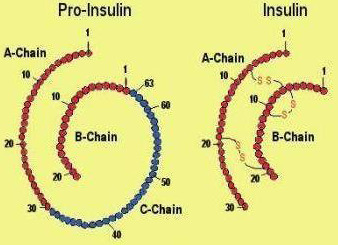 Biochemistry Justification 19. Estimation of C-Peptide is better parameter to differentiate IDDM • Endogenous insulin synthesis in pre-pro-insulin form. • Pre-pro-insulin is converted to the active insulin, simultaneously each molecular of pre-pro-insulin release connecting peptide (c-peptide). • Endogenous Insulin & c-peptide are produced in equimolar concentration. • So, C-Peptide level in plasma indicate endogenous production of insulin. • IDDM= No endogenous production of insulin. • NIDDM= Normal or Increased endogenous production insulin. • Plasma insulin level get alter by exogenous insulin administration. • Thus ,Very low C-peptide confirms type 1 diabetes(IDDM) & normal or high C- peptide confirms type 2 diabetes(NIDDM). • So, C-peptide is used to differentiate IDDM &NIDDM. 20. Chronic alcoholism cause gouty arthritis.
• Ethanol and Methanol both increase NADH:NAD ratio. • The high concentration of NADH convert all pyruvate to lactate (lactic acid). • This lactic acid compete with excretion for uric acid in renal tubule and decrease excretion of uric acid. • That increase uric acid level and converted to uric acid crystal due acidic pH because • Hence, Chronic alcoholism cause gouty arthritis. Biochemistry Justification Protein & Amino acid 21. HbS move slower than HbA in alkaline gel electrophoresis. • Gel electrophoresis is a diagnostics test in sickle cell anemia. • In sickle cell disease , there is replacement of glutamic acid by valine. • Negative charged Glutamic acid is replace by neutral charged valine • So HbS has less negative charge than HbA. • Less negative charged molecule move less in electrophoresis. • During electrophoresis, in alkaline medium(pH 8.6),sickle cell hemoglobin moves slowly towards anode(positive electrode) than does adult HbA. 22. 2,3 BPG decrease affinity of oxygen for hemoglobin. • When 2,3-BPG binds to deoxyhemoglobin, it acts to stabilize haemoglobin in "T • It fits neatly into the cavity of the deoxy- conformation and it's positive polarity by form salt bridges with lysine and histidine residues in the ß subunits of hemoglobin. • It make difficult for oxygen to bind hemoglobin and more likely to be released to adjacent tissues. • 2,3-BPG is part of a feedback mechanism to prevent tissue hypoxia, in conditions where there is chance on tissue hypoxia. 23. Lead inhibit heme synthesis. • Lead inhibit zink containing enzyme ALA dehydratase and ferochelatase of heme • So, it inhibit heme synthesis. • Means, Lead exposure can causes chronic anemia. 24. Photosensitivity does not occur in acute intermittent porphyria. • In acute intermittent porphyria, there is deficiency of uroporphobilinogen synthase – I (porphobilinogen-deaminase )of heme synthesis. • This enzyme convert of porphobilinogen to hydroxymethylbilane. • In AIP, the porphyrin precursors, porphobilinogen and amino-levulinic acid (ALA), • The predominantly neurologic damage like peripheral and autonomic neuropathies and psychiatric manifestations occurs. Biochemistry Justification 25. Blue fluoroscent light is useful in treatment of neonatal jaundice. • Blue fluoroscent light penetrate the skin and that light is absorb by billirubin. • Due to light absorption , Bilirubin is converted into two isomers. • Z-Billirubin (Lumirubin , Structural isomer, Irreversible) • E-Billirubin (Photobilirubin , configurational isomer, reversible) • Both are less lipophilic than normal billirubin , without involvement of liver • This billirubin is excreated though bile and urine. 26. Zwitter ions has minimum buffering & solubility capacity. • Zwitter ion form of amino acid has net charge zero. • It contain equal number of positive & negative charges. • Due to that increase attraction between the each molecule and increase chances of precipitation formation. • So it is less soluble. • Due to zero net charge, it can neutralized less acid and base. • So , it is less buffering capacity. 27. Row egg is use in treatment of metal poisoning. • In case of Metal poisoning , Metal causes denaturation of protein of the gastro- intestinal cells. • Damage mucosa and get absorb. • If raw egg protein precipitated by metal. • Decrease damage to gastro-intestinal mucosa as well as it absorption. • Decrease toxicity of Metal poisoning. • So Raw egg is used in metal poisoning. 28. Increase level of Homocysteine increase risk of atherosclerosis • Interfere with lysyl residual of collegen tissue. • Collegen cross liking is affected. • Collegen tissue of blood vessels are damage easly • Homocysteine thiolectone is a highly reactive free radical • which thiolate LDL • Increase oxidized LDL • Increase tendency for atherosclerosis. • It activate Hageman's factor • More chance of platelet aggregation. • This action of homocystein increase risk of atherosclerosis. 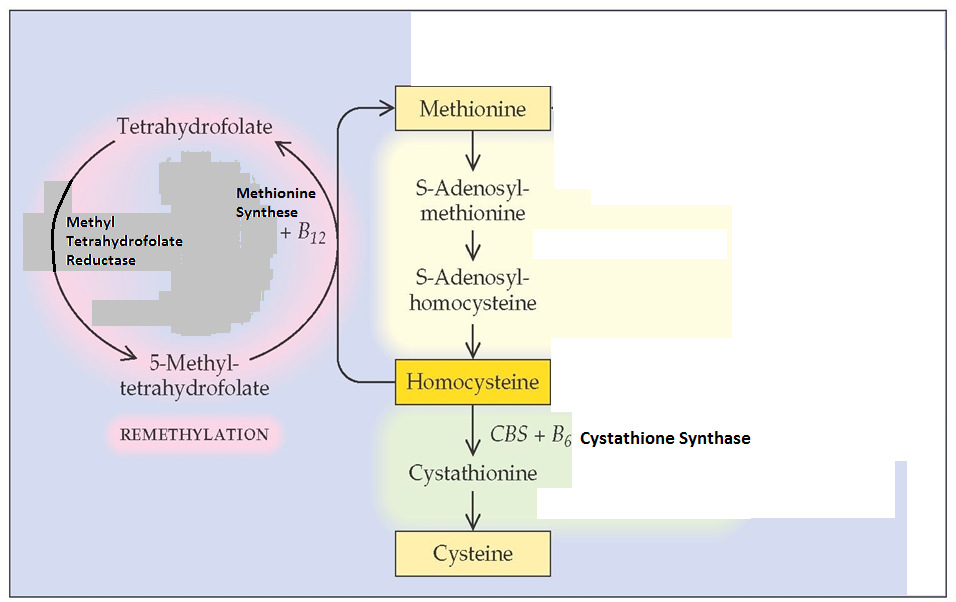 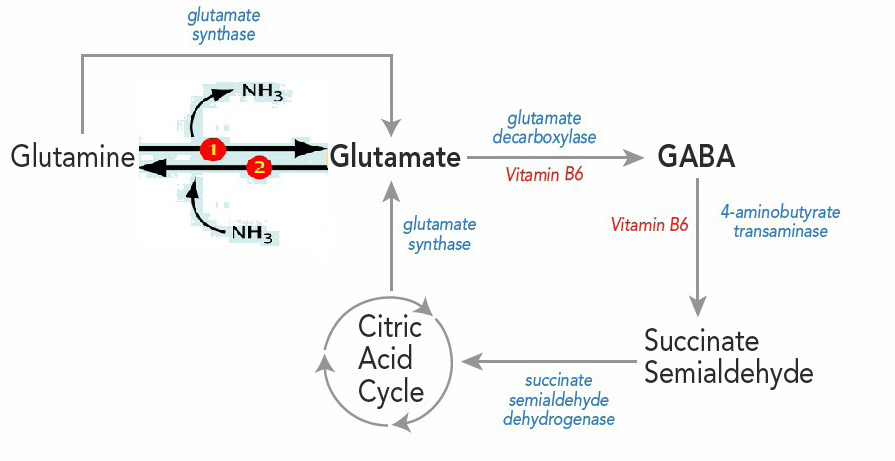 Painkillers can bring relief to people who are suffering from pain when taken as directed. However, the dangers of misuse must also be highlighted. Many painkillers are available over-the- effects such as drowsiness. This is why it counter (OTC) from pharmacies and is so important to read the information A huge market exists for painkillers and it shops without the need for a