The human capital roots of the middle income trap: the case of china 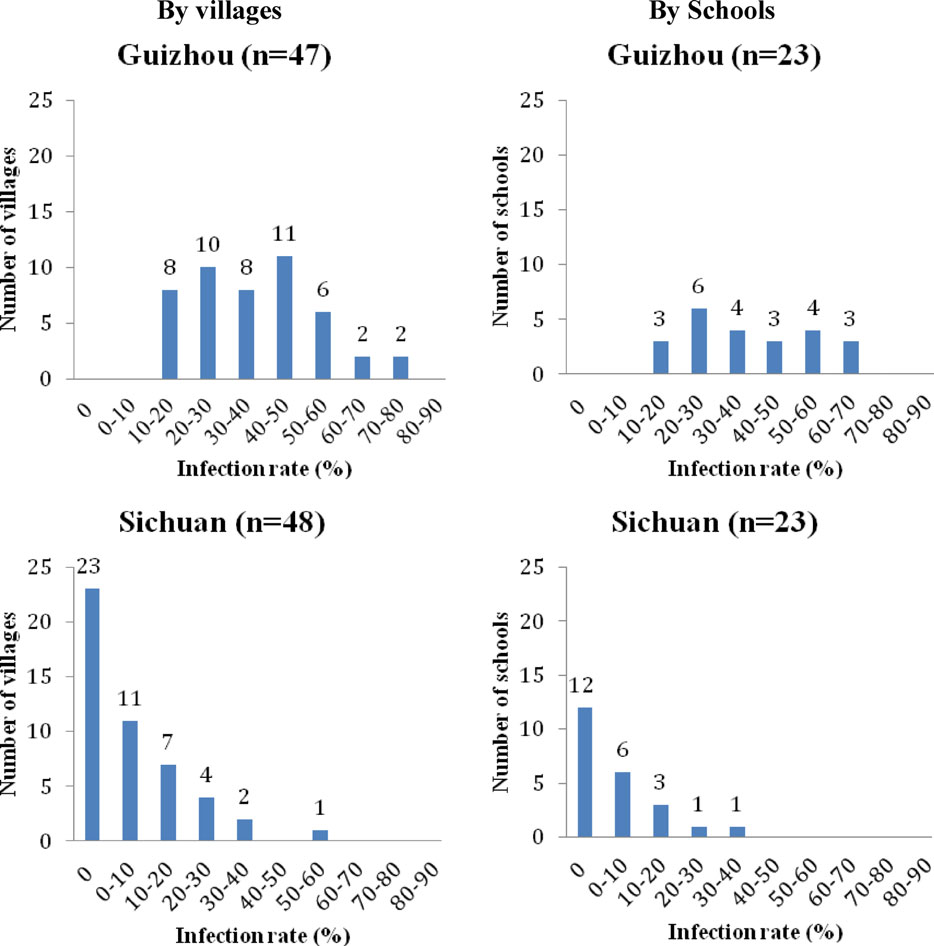 L. Zhang et al./ Agricultural Economics 00 (2013) 1–12 Table 3Infection rates of Ascaris, hookworm, and whipworm for two age cohorts in Guizhou and Sichuan, 2010 Infection with any of the three types of roundworms (%) Source: Authors' data (Dataset 9).
Fig. 1. Villages and schools by prevalence of infection with Ascaris, hookworm, whipworm, or any combination thereof in Guizhou and Sichuan, 2010.
Data source: Authors' survey as described in Wang et al., 2012.
rising. This is especially true considering the high cost of high try to show that more is needed. In particular, one of the very school in China and the competitive nature of China's system real problems of students in poor rural areas is that they are un- of education.
healthy and lack nutrition. Thus, even if the state provides better Although we believe (and show in other work) that high tu- facilities and teachers, if students are sick or malnourished, they ition in high school is one of the barriers to educational achieve- will not be able to take advantage of the new investments. In ment in poor rural areas, the article argues that the key source of the article we demonstrate that anemia and intestinal worms the uncompetitiveness lay in the years before secondary school.
(as well as other diseases) are common. Indeed, it is not too It is true that the government has been investing heavily in facil- strong of a statement to say that there is an epidemic of diseases ities and teacher training/salaries in recent years. However, we that are keeping poor rural students down. These diseases were 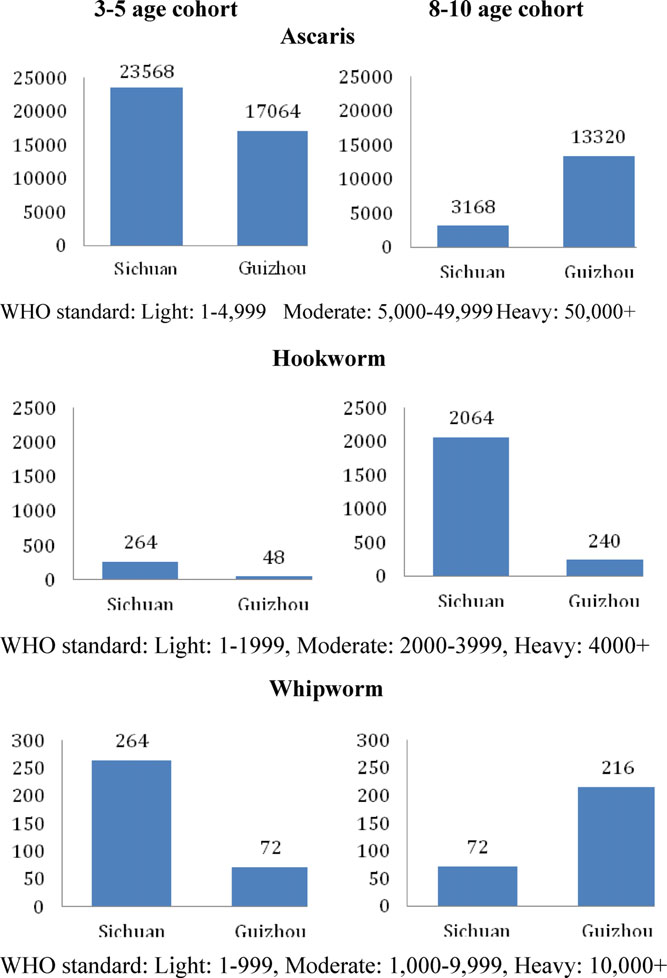