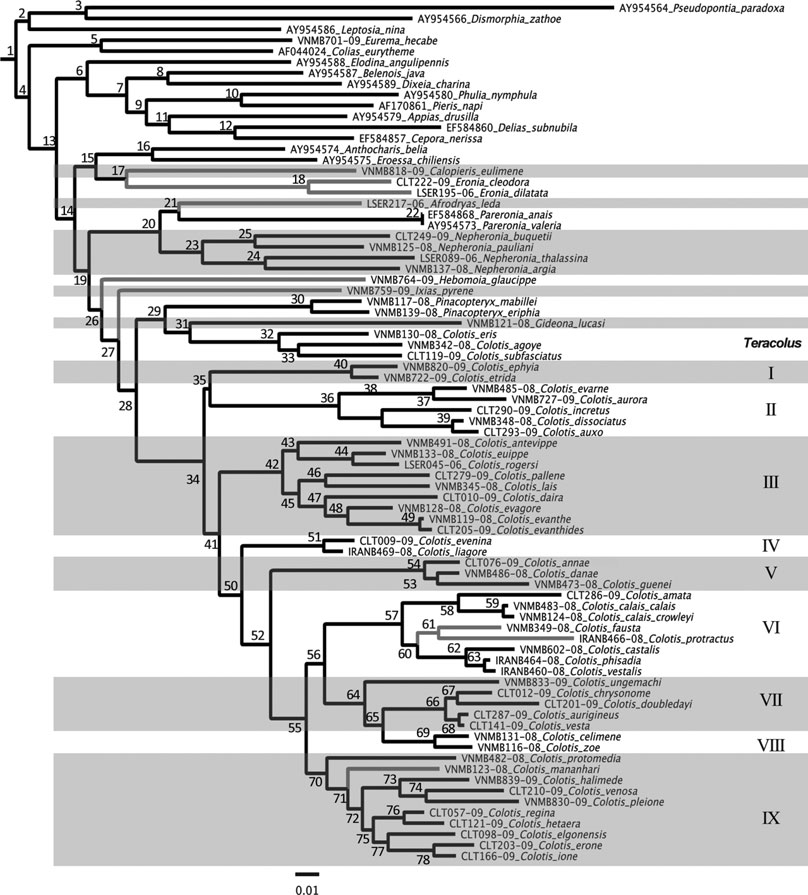 Phylogenetic systematics of Colotis L = )33610.72878). Nodes are numbered, and support values are presented in Table S4. Inferred groups of Colotis are identiﬁed with Romannumerals. Red branches show taxa with a varying position between ML and Bayesian phylogenies (Fig. 2) inapplicability of this range of markers for inferring phylog- followed by much longer branches (Kodandaramaiah and enies at least in this group of butterﬂies. Some factors that may Wahlberg 2009; Kodandaramaiah et al. 2010). Some of these explain the low support values include the following: (i) poor eﬀects can be potentially alleviated by adding more basal taxa outgroup sampling; (ii) extremely old age of radiation beyond or removing rogue taxa from the analysis. However, our the range of the markers; (iii) extinction of intermediate outgroup taxa included all major groups of Pieridae, and lineages or species and presence of ﬂoating taxa, like Gideona removal of the rogue taxa (e.g. Hebomoia, Ixias and Calopieris) that reduce the overall support at the base or among the in- did not aﬀect the overall support values in a substantial way group taxa; and (iv) presence of hard polytomies resulting (data not shown). No hard or near-hard polytomies were from rapid speciation, where very short internal branches are evident in our trees, and previous studies employing molecular J Zool Syst Evol Res (2011) 49(3), 204–215  2011 Blackwell Verlag GmbH 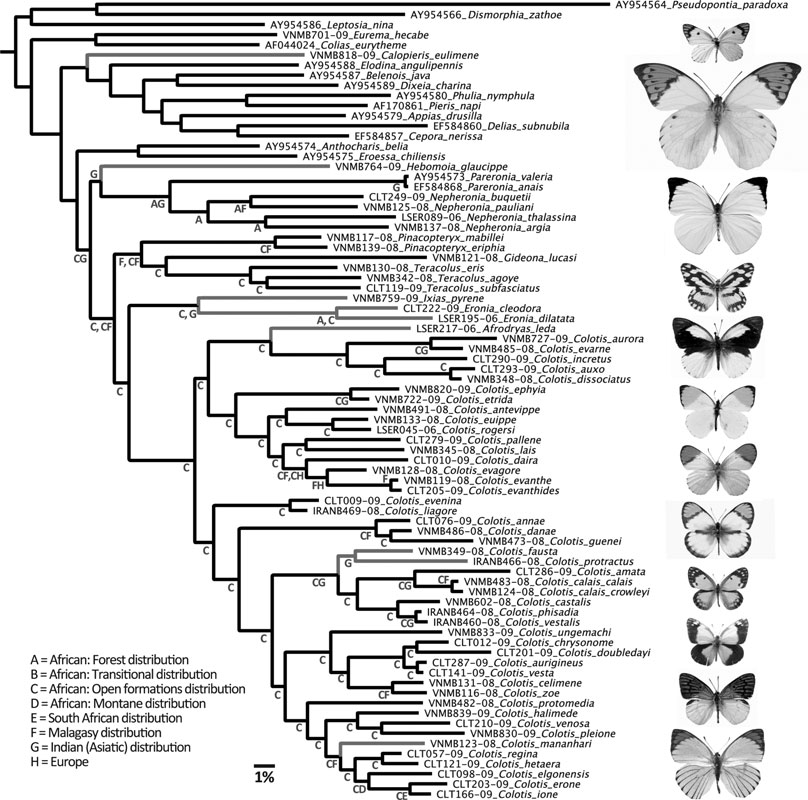