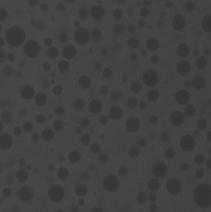 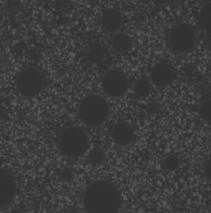 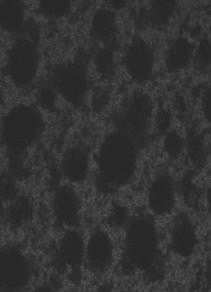 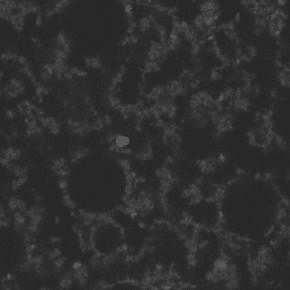 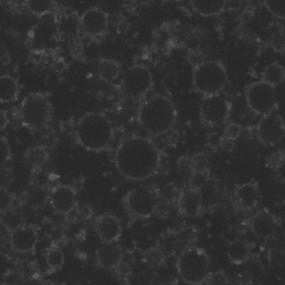 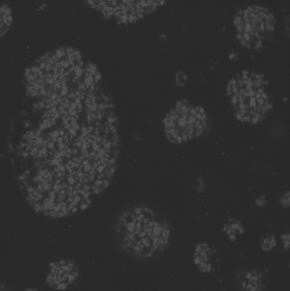 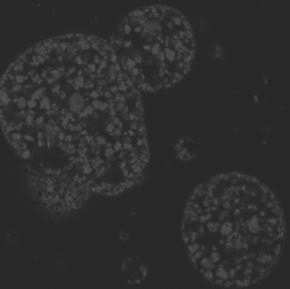 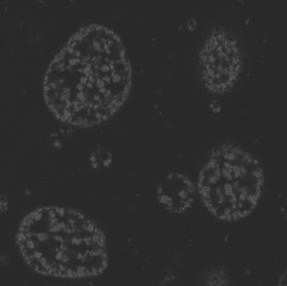 Effect of Particle Morphology and Interaction on the Stabilization of Water/Water
Emulsions by Protein Particles
Alberto GONZALEZ-JORDAN, Taco NICOLAI, Lazhar BENYAHIA [email protected] Université du Maine, IMMM UMR CNRS 6283, PCI, 72085 Le Mans Cedex Category : ฀ Molécules ฀ Matériaux Water/water (W/W) emulsions have a promising potential for many applications, especially in the food and cosmetics industries. These emulsions cannot be stabilized by surfactants, but in recent years it was found that they can be stabilized by adding solid particles in a manner similar to so-called Pickering oil/water emulsions. Protein particles in the form of microgels, fractal aggregates or fibrils were made from the same protein, ß-lactoglobulin by heating at different conditions. The effect of the morphology on the stability and structure of W/W emulsions made by mixing aqueous solutions of PEO and dextran was investigated at different pH. Interestingly, excess proteins partioned to the dextran phase at pH>4 and to the PEO at pH<3.0. Fibrils were found to be most effective stabilizers at pH 7, whereas fractals were most effective at pH 3. At pH values between 5.5 and 3.5 the protein particles aggregated leading to cold gelation. If excess proteins were in the continuous phase W/W emulsion formed gels that were very weak, but strong enough to prevent creaming of sedimentation of the dispersed droplets. If excess proteins were in the dispersed phase, the droplets were transformed into stable microscopic protein particles. CLSM images (160x160 µm) of PEO in dextran (top) and dextran in PEO (bottom) emulsions in the presence of ß-lactoglobulin fractal aggregates (0.5%) at pH 6.5, 5.5, 5.0, 4.5, 4.0, 3.5 (from left to right) . The inserts of the right images represent a zoom (40x40 µm). Graphene-modified conjugated polymer/titanium dioxide composites: Their
structures, optical properties and applications in photocatalysis
Yuanqing Song 12, Florian Massuyeau 1, Tanxiao Shen 2, Jianling Zhang 2, Long Jiang 2, Yi Dan 2, Philippe Le Rendu 1, Thien-Phap Nguyen 1 [email protected] (1)Institut des Matériaux Jean Rouxel, Nantes (2)Research Institute of Sichuan University Category : ฀ Molécules ฀ X Matériaux
Abstract : Graphene blended with the conjugated polymer poly(3-hexylthiophene) (P3HT) is known to be as an efficient absorber in organic solar cells. By its high charge mobility, graphene using in composite materials improves significantly their conductivity. Furthermore, charge separation in these materials is favored as graphene usually acts as quencher in the fluorescence of conjugated polymers and consequently, enhances the performance of devices. Conjugated polymer doping TiO2 is an effective method for extending the photoresponse of TiO2 to visible light. To improve the photocatalytic activity of conjugated polymers based photocatalyst, a new graphene-modified poly(3-hexylthiophene) (P3HT) / titanium dioxide (TiO2) (P3HT/TiO2/GE) composite were prepared. Ultraviolet-visible diffuse reflection spectroscopy (UV-vis DRS), steady-state photoluminescence spectroscopy (PL) and time-resolved photoluminescence spectroscopy (TR-PL) were used to analyze the energy and charge-transfer mechanisms between the conjugated polymer and the inorganic nanoparticles. The photocatalytic activity of the composite films were investigated by studying the decolorization of rhodamine B (RhB) solution under the visible light irradiation. The result shows that, the P3HT/TiO2/Graphene composite can make rhodamine B be degraded more efficiently than the P3HT/TiO2 composite does. Charge transfer process was also evidenced in composites. Furthermore, we have fabricated and studied composites made of P3HT and graphene with different concentrations and qualities (expressed by the graphene weight per surface unit). Using optical spectroscopy including absorption, infrared, Raman, PL and TR-PL we analyzed the electronic structure of the composites as a function of the graphene concentration and quality. Funding and acknowledgement : China Scholarship Council (CSC) and Campus France [1] L. Wang, T. Sasaki. Titanium Oxide Nanosheets: Graphene Analogues with Versatile Functionalities. Chemical Reviews, 2014, 114(19): 9455-9486 [2] M. Dahl, Y. Liu, Y. Yin. Composite Titanium Dioxide Nanomaterials. Chemical Reviews, 2014, 114(19): 9853-9889 Characterization of Holmium-166 microparticles for radiotherapy by Field Flow
Fractionation (FFF) techniques.
Estelle N'TSIBA a,b,c [email protected] aLaboratoire Subatech, UMR 6457, 4 Rue A. Kastler, BP 20722, F-44307 Nantes Cedex 3, France bGIP ARRONAX, 1 rue Aronnax, F-44817 Nantes Cedex, France cAdvanced Accelerator Application, 20 rue Diesel, 01630 Saint-Genis Pouilly, France Molécules ฀ Matériaux
Objectives
Micro-curie-therapy consists in injecting a radioactive and microscopic source into or close to a
tumor in order to destroy cancerous cells by irradiation (1). Among the different isotopes for
radiotherapy, 166Ho can be used to target large tumors. The Arronax cyclotron produces 166Ho (T1/2=
26.8h) via the 165Ho n, pγ 166Ho nuclear reaction. 166Ho is a high-energy β- emitter (1854 keV) and a γ
emitter (80 keV), that could be used for both therapy and SPECT imaging. In addition, the stable
natural isotope 165Ho has magnetic properties, allowing its use for MRI imaging. By using 165Ho and
166Ho in the same vector, detection by MRI and SPECT (so called multimodal imaging) is thus possible.
In the frame of Personalized Medicine development, micro-particles are envisaged to be injected by
intra-tumoral for large tumors that are composed of polysiloxane coated with macrocyclic ligands.
The 166Ho microparticles are produced with high activities of and their integrity should be ensured.
Methods
Microparticles should be characterized as far as their size, size distribution, viscosity and surface
charge are concerned. An approach by As-FFFF-UV-MALS (2) is used for determining the size and size
distribution of holmium micro-particles for monitoring their integrity after neutronic activation.
Viscosity measurements were performed on the suspension and surface charge was determined by
zeta potential measurements to better understand the colloidal behavior of the suspension.
Results
Analytical methods to fully characterize the nanoparticles (stability, integrity, size, surface charge)
will be described together with the associated nanometrological tools required. The viscosity
measurements have led to determine that the suspension has a non-newtonian behaviour. As-FFFF-
UV-MALS has shown that the non-irradiated suspensions are complex, exhibiting objects of
nanometric to micrometric scale with polydispersity and polymodality; in contrast to DLS
observations. The irradiated suspensions exhibited a quite different profile of size distribution. A
discussion will be given on the integrity of particles induced by the irradiation process. The
advantages, drawbacks and limitations of each technique will be also considered.
Conclusion
FFF-based techniques are suitable for characterizing nano and micro objects and for monitoring the
potential polydispersity and/or polymodality, and are powerful tools especially in the case of
particles that have been submitted to irradiation and for radiopharmaceutical purposes.