Chinese market will be always dynamic with 13th Five-Year plan
Even with some difficulties during the transformation period, the growth of China's economy is always one
of the fastest in the world. China has become the world's second largest country in GDP output in the
world. Having the largest population in the world, the market potential of China is enormous. The field of
life sciences, biotechnology and medical devices is expected to expand even further.
The Chinese biomedical & pharmaceutical industry has maintained a healthy growth during the first 3
quarters in 2015:
 The operation turnover has reached 305 billion USD, increased by 9.2% compared with same  The profit has reached 30,2 billion USD, increased by 13.1% compared with same period of 2014;  Profit increase has been higher than production growth by 3.9%. The major economic indicators of the Chinese biomedical & pharmaceutical industry are among the top of
the Chinese industry categories.
According to the 13th Five-Year Plan of biomedical & pharmaceutical industry that will be published soon,
health information systems, advanced and high performance medical devices, and bio-pharmaceuticals
have been named as the top three priorities, which will surely create a huge business potentials in China
for next five years.
European Life Science Industry represents innovation and industry commercialization
Europe is home to leading life sciences industry and has a long tradition of life science Research &
Development, academia and industry collaborations and commercialization of research findings. The
European life science industry mainly include a large number of small and medium-sized enterprises
(SMEs), which is one of the key drivers for industry innovation and long term growth.
Sino-European Life Science Forum provides a platform to ensure a direct business dialogue
Sino-European Life Science Forum is jointly organized by the Federation of Chinese Professional
Associations in Europe (FCPAE), China Association for Science and Technology (CAST) and the local
Government of Nanjing and Hangzhou. The Forum provides a practical platform for both Chinese and
European industry players to share information on innovative projects, potential collaborations and
matchmakings.
A short review of the 1st Sino-European Life Science Forum is provided below. (Please see attachment)

Jiangsu Province (Capital: Nanjing) - Zhejiang Province (Capital: Hangzhou) area is among the most
prominent economic industrial aggregations with fastest development, largest economy and most
promising growth. There are vast numbers of Chinese life science companies in these regions, including
pharmaceutical, bio-pharmaceutical, Med-tech, CROs, and medical devices, such as Zhejiang
Pharmaceutical Group, Jiangsu HengRui Medicine Co. Ltd., Yangtze River Pharmaceutical Co. Ltd., Fosun
Pharmaceutical Co. Ltd., Jiangsu Yuwell Medical Equipment Co. Ltd., among many others.
Why should European life science companies participate the 2nd Sino-European Life Science Forum
• To enrich your understandings about the Chinese life science market • To promote the visibility of your company and the products in China • To look for the outsourcing and distribution partnership in China • To approach potential Chinese licensing partners • To meet with potential Chinese investors in life Science sector • To contact with policy decision makers both at State and local levels
The 2nd Sino-European Life Science Forum

Sino-European Life Science Forum
The Review of the 1st Sino-European Life Science Forum
Under the trends of economic globalization and Industry 4.0, strengthening the high-level exchanges in the life sciences between China and Europa, Federation of Chinese Professional Associations in Europa (FCPAE) and China Association for Science and Technology (China-AST) hosted the 1st Sino-European Life Science Forum on August 9th-14th, 2015 together in order to promote innovative projects and expand China-EU cooperation on the life sciences market. The forum was sponsored and hosted by the local ASTs in cities of Ningbo, Shenzhen and Zhongshan. The forum was also supported by China Association for Medical Devices Industry, China Silver Industry Association, Zhejiang-AST and Guangdong-AST. 15 professionals from different European countries (including 2 native European experts) joined the forum and brought 14 projects from 4 sectors of medical device, in vitro diagnosis, biomedical and aging. During the week, the professionals went to 3 Chinese cities, presented projects, gave talks and managed the business negotiations and 1to1-Partnering communications with local partners. The whole activities of the forum moved on very effectively and smoothly. The forum achieved:  communications with 448 local partners；  16 preliminary cooperation agreements of 6 projects（43%）. The rest projects were under discussion with potential partners；  100% of satisfaction from European professionals who think that the forum is helpful to promote the project；  100% of appreciation from hosting cities which mind that the forum is to strengthen the cooperation between local cities and Europa. The forum is appreciated by China Association for Science and Technology。 The forum reached the following aims:  a high level exchange between China and Europa in life sciences  a good image presentation of high level life science experts from Europa  an effective promotion of projects  a helpful activity to connect the professionals and industry  a valuable attempt for the oversee intelligent program of China-AST 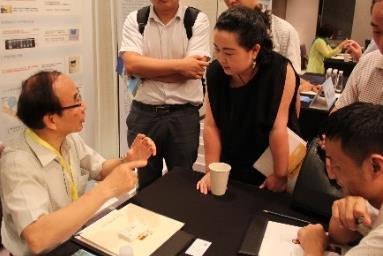 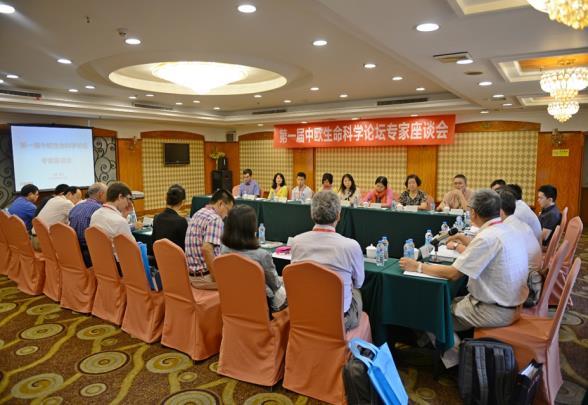 Bovine brucellosis is usually caused by Brucella abortus, less frequently by B. melitensis, and occasionally by B. suis. Infection is widespread globally. Several countries in Northern and Central Europe, Canada, Japan, Australia and New Zealand are believed to be free from the agent. Clinically, the disease is characterised by one or more of the following signs: abortion, retained placenta, orchitis, epididymitis and, rarely, arthritis, with excretion of the organisms in uterine discharges and in milk. Diagnosis depends on the isolation of Brucella from abortion material, udder secretions or from tissues removed at post-mortem. Presumptive diagnosis can be made by assessing specific cell-mediated or serological responses to Brucella antigens.