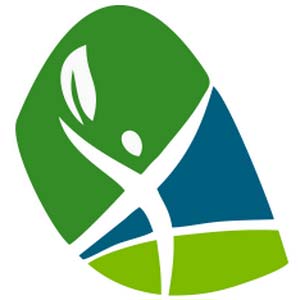 THE TRADITIONAL & NATURAL HEALTH
ALLIANCE
COMMENTS IN TERMS OF REGULATORY NOTICE R.37995
"General Amendment Regulations made in terms of the Medicines and Related Substances Act, 101 of 1965" Released: 12 December 2014
And God said, "See, I have given you every herb that yields seed which is on the face
of all the earth, and every tree whose fruit yields seed; to you it shall be for food".
Genesis 1:29. Holy Bible, New King James.

To: The Director-General
Department of Health
Private Bag X828
Pretoria, 0001

COMMENTS ON THE REGULATORY AMENDEMNTS FOR
COMPLEMENTARY MEDICINES

To: The Director-General
Department of Health
Private Bag X828
Pretoria
0001
Date: 26 November 2014 Attention: Ms. Malebona Precious Mtsoso On the 15th of September 2014, Amendments to the General Regulations made in terms of the Medicine and Related Substances Act for 'Complementary Medicines' were published. (Regulatory Notice 716) A period of three months from the date of publication of this notice to submit substantiated comments was afforded to stakeholders. The cut-off date for comments is the 15th of December 2014. In order to make sense of the said Regulatory Amendments, and more specifically to the previously undefined categories of products described therein (e.g. 'Health Supplements') we have been eagerly awaiting definitive 'Guidelines' which clearly define these categories, as had been done in the past with the original regulations. Without them we could not interpret them or comment substantively. After waiting for a month for 'Guidelines' to be published, and becoming frustrated by the lack thereof, we contacted Mr Keizer Themba, who heads the Complementary Medicines Unit at the MCC six weeks ago. He informed me that guidelines were imminent. We are of the opinion that Regulations and their associated Guidelines must be published simultaneously, so that full disclosure is provided for stakeholders to correctly interpret the regulations. Without this disclosure, stakeholders are expected to interpret the law in a vacuum, which inevitably leads to misunderstandings and strife down the line. By not doing so, the State also fails the requirements of providing just administrative action in terms of the Promotion of Administrative Justice Act (Act 3 of 2000), and good law-making in general. Guidelines, titled "Complementary Medicines - Health Supplements - Quality, Safety, Efficacy" were finally published last week on the 20th of November 2014, just three weeks prior to the cut-off date for comments on the Regulatory Amendments. These Guidelines have a stakeholder comment deadline on or before the 26th of February 2015. In lieu of the fact that we were unable to make substantive comments on the said Regulatory Amendments until the publication of the Guidelines, we formally request that the comment period on the Regulatory Amendments also be extended for three months, after the publication of the Guidelines, making the new cut-off date synchronous on the
26th of February 2014.
This would be reasonable, procedurally fair and lawful.
We look forward to your favourable response.
Regards
Anthony Rees
General Secretary
Traditional & Natural Health Alliance
+27 72 3777 598
Applicable excerpts from the Constitution of South Africa
Chapter 1 (Founding Provisions)

(Section 2) This Constitution is the supreme law of the Republic; law or conduct inconsistent with it is invalid, and
the obligations imposed by it must be fulfilled.

Chapter 2 (Bill of Rights)
(Section 7)(2) The state must respect, protect, promote and fulfil the rights in the Bill of Rights.
(Section 8)(1) The Bill of Rights applies to all law, and binds the legislature, the executive, the judiciary and all organs
of state.
(Section 9)(2) Equality includes the full and equal enjoyment of all rights and freedoms. To promote the
achievement of equality, legislative and other measures designed to protect or advance persons, or categories of
persons, disadvantaged by unfair discrimination may be taken.
(Section 9)(3) The state may not unfairly discriminate directly or indirectly against anyone on one or more grounds,
including race, gender, sex, pregnancy, marital status, ethnic or social origin, colour, sexual orientation, age,
disability, religion, conscience, belief, culture, language and birth.
(Section 9)(5) Discrimination on one or more of the grounds listed in subsection (3) is unfair unless it is established
that the discrimination is fair.

(Section 12)(2) Everyone has the right to bodily and psychological integrity, which includes the right : (b) to security
in and control over their body.

(Section 15) Everyone has the right to freedom of conscience, religion, thought, belief and opinion.

A traveller presenting with severe melioidosis complicated by a pericardial effusion: a case report