Recommendations for the diagnosis and management of corticosteroid
insufficiency in critically ill adult patients: Consensus statements from an
international task force by the American College of Critical Care Medicine 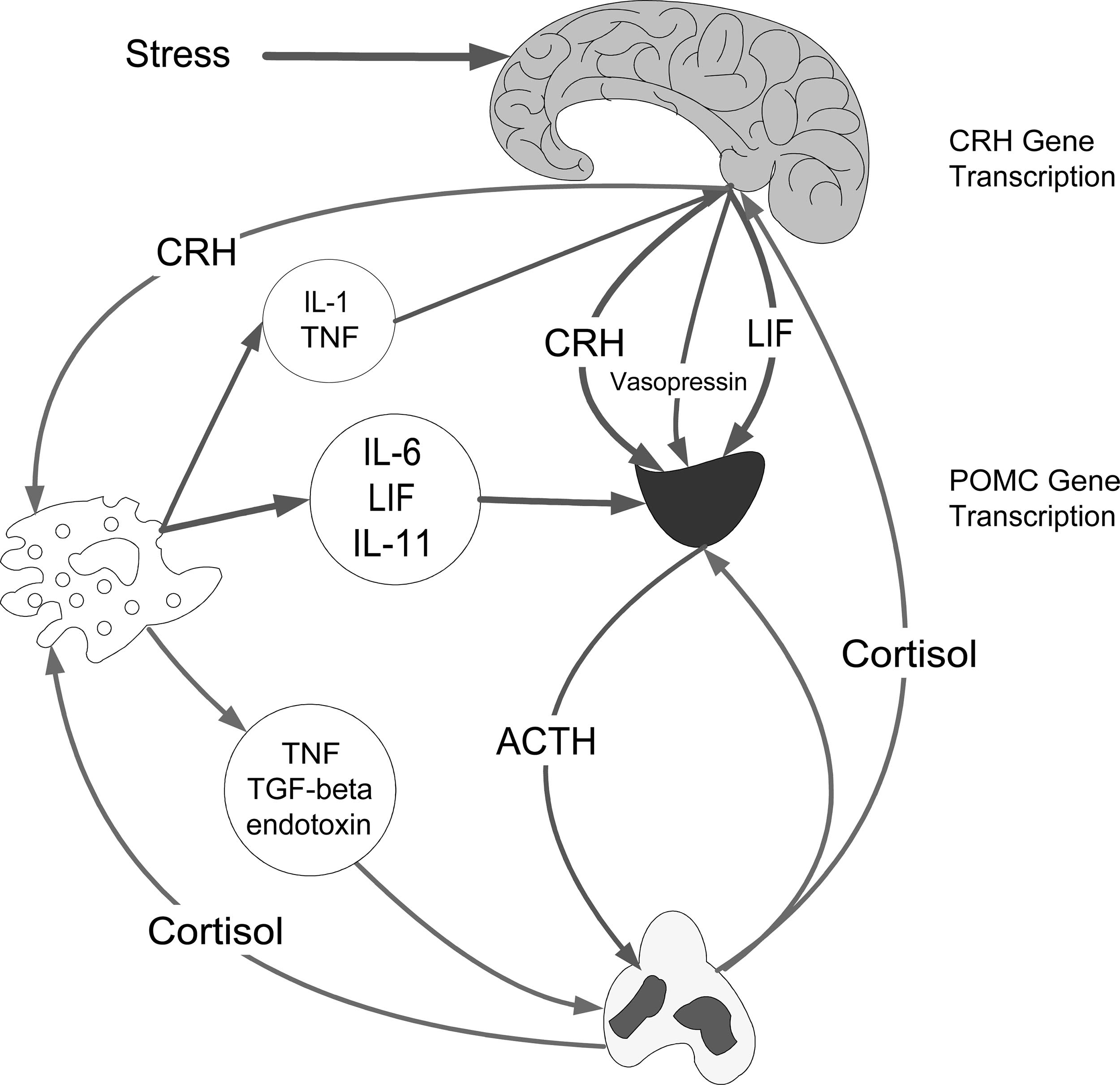 receptor mediating selective cholesteroluptake (32–34). These receptors are ex-pressed at high levels in the parenchymalcells of the liver and the steroidogeniccells of the adrenal glands, ovary, andtestis (35).
Cortisol exerts its effects after uptake from the circulation by binding to intra-cellular glucocorticoid receptors (GRs)(3). These receptors belong to a steroid-hormone-receptor superfamily of tran-scription factors, which are made up of aC-terminal ligand binding domain, a cen-tral DNA binding domain interactingwith specific DNA sequences on targetgenes, and an N-terminal hypervariableregion. The binding of cortisol to GR inthe cytoplasm results in the activation ofthe steroid receptor complex via a processinvolving the dissociation of heat shockproteins (heat shock proteins 90 and 70)and FK-506 binding proteins (36 –38). In-tracellularly, the cortisol-GR complexmoves to the nucleus, where it binds as ahomodimer to DNA sequences called glu-cocorticoid-responsive elements locatedin the promoter regions of target genes, Figure 1. Activation of the hypothalamic-pituitary-adrenal axis by a stressor and the interaction with
which then activate or repress transcrip- the inflammatory response. ACTH, adrenocorticotrophic hormone; CRH, corticotropin-releasing hor- tion of the associated genes. In addition, mone; IL-6, interleukin-6; IL-11, interleukin-11; LIF, leukemia inhibitory factor; POMC, pro- the cortisol-GR complex may affect cellu- opiomelanocortin; TGF-beta, transforming growth factor-␤; TNF, tumor necrosis factor.
lar function indirectly by binding to andmodulating the transcriptional activity ofother nuclear transcription factors, such Corticotropin-releasing hormone stimu- ing in a significant increase in the as nuclear factor ␬B (NF-␬B) and activa- lates the production of ACTH by the an- percentage of free cortisol (27, 28). The tor protein-1. Overall, GCs affect the terior pituitary, causing the zona fascicu- circulating half-life of cortisol varies from transcription of thousands of genes in lata of the adrenal cortex to produce 70 to 120 mins. The adrenal gland does every cell of the body. It has been esti- more GCs (cortisol in humans, cortico- not store cortisol; increased secretion mated that GCs affect 20% of the genome sterone in rats). Arginine vasopressin is a arises due to increased synthesis under of mononuclear blood cells (39).
weak ACTH secretagogue and vasoactive the control of ACTH (29). Cholesterol is GCs play a major role in regulating peptide that acts synergistically with cor- the principal precursor for steroid bio- the activity of NF-␬B, which plays a cru- ticotropin-releasing hormone to increase synthesis in steroidogenic tissue. In a se- cial and generalized role in inducing cy- secretion of ACTH. The increase in corti- ries of sequential enzymatic steps, cho- tokine gene transcription (40 – 42).
sol production results in multiple effects lesterol is converted to pregnenolone and NF-␬B is normally maintained in an in- (metabolic, cardiovascular, and immune) then to the end products of adrenal bio- active form by sequestration in the cyto- aimed at maintaining or restoring ho- synthesis, namely, aldosterone, dehydro- plasm through interaction with inhibi- meostasis during stress.
epiandrostenedione, and cortisol (29).
tory proteins (I␬Bs). On stimulation by The first and rate-limiting step in adrenal Cortisol Physiology, Synthesis,
steroidogenesis is the formation of preg- DNA, physical and chemical stresses, and and Glucocorticoid Receptors
nenolone from cholesterol. At rest and inflammatory cytokines, the latent NF- during stress, about 80% of circulating ␬B/I␬B complex is activated by phosphor- Cortisol is the major endogenous GC cortisol is derived from plasma choles- ylation and proteolytic degradation of secreted by the adrenal cortex. More than terol, the remaining 20% being synthe- I␬B, with exposure of the NF-␬B nuclear 90% of circulating cortisol is bound to sized in situ from acetate and other pre- localization sequence. The liberated corticosteroid-binding globulin, with cursors (30). Experimental studies NF-␬B then translocates to the nucleus ⬍10% in the free, biologically active suggest that high-density lipoprotein is and binds to promoter regions of targetform (25, 26). Corticosteroid-binding the preferred cholesterol source of steroi- genes to initiate the transcription of mul- globulin is the predominant binding pro- dogenic substrate in the adrenal gland tiple cytokines (including tumor necrosis tein, with albumin binding a lesser (31). Recently, mouse SR-B1 (scavenger factor-␣, interleukin-1, and interleukin- amount. During acute illness, particu- receptor, class B, type 1) and its human 6), cell adhesion molecules (e.g., intercel- larly sepsis, corticosteroid-binding glob- homolog (Cla-1) have been identified as lular adhesion molecule-1, E-selectin), ulin levels fall by as much as 50%, result- the high-affinity high-density lipoprotein and other mediators of inflammation.
Crit Care Med 2008 Vol. 36, No. 6