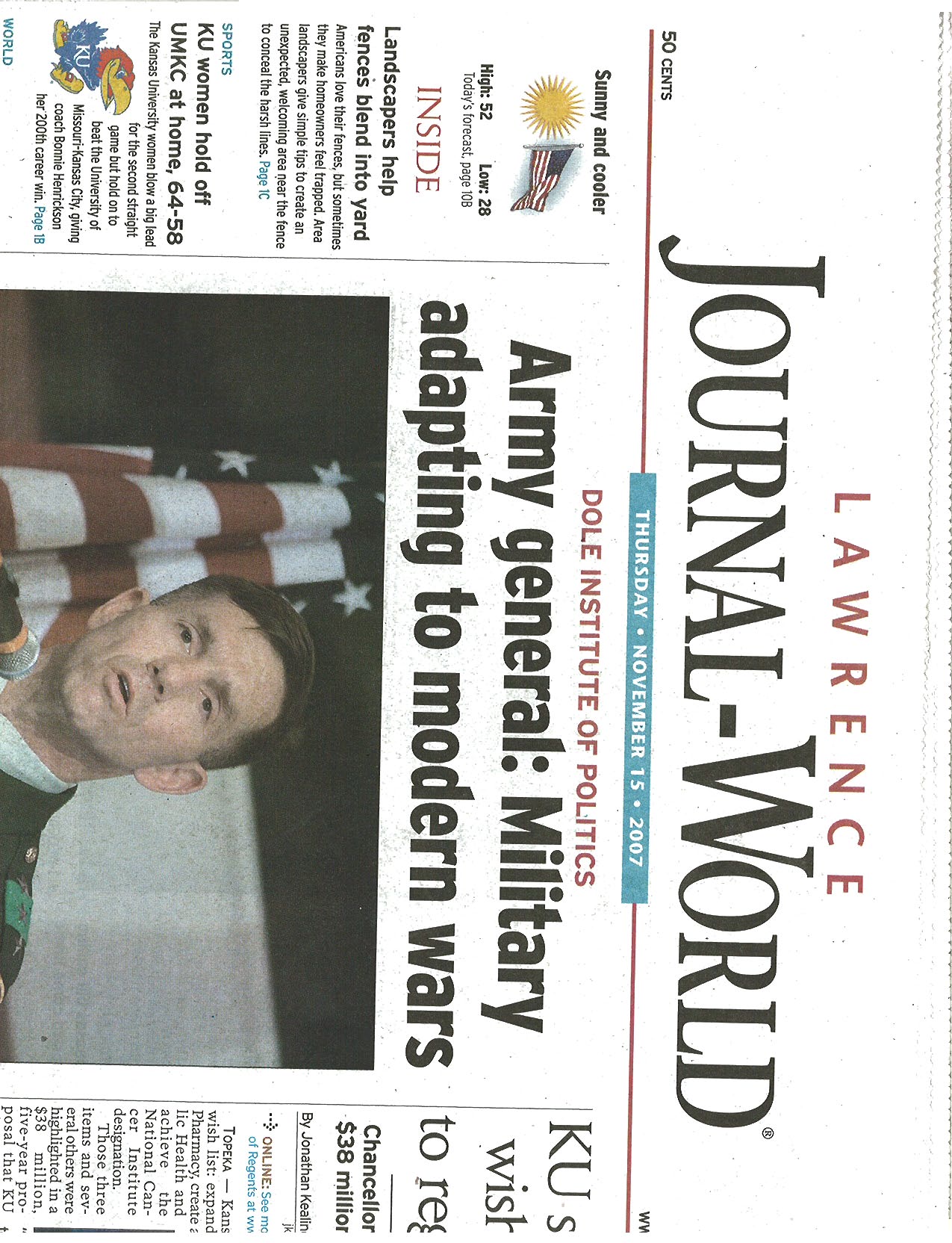 Local ‘wonder' Area residents should show their interesting and significant history. Some of those people support for Lecompton's Constitution have launched a grassroots effort to garner votes for Hall as one of the eight "Wonders of Constitution Hall as one of the eight state wonders. Similar efforts likely are under way on behalf of the other 23 finalists, so the little town of Lecompton needs Editorial from Lawrence Journal-World, the help of many residents outside its borders.
Saturday, August 25, 2007 The "8 Wonders" campaign is a popularity contest and, in some ways, a gimmick to draw attention to Loyal supporters of the historical sites in Lecompton significant state sites. It's not a life or death matter, but are launching a campaign that deserves the support of why not contribute to the effort to get Constitution Hall area residents.
the attention it deserves? People can pick up ballots Constitution Hall, the historic "Bleeding Kansas" while enjoying a visit to Constitution Hall and other building located in Lecompton, is among 24 finalists historical sites in Lecompton or go to 8wonders.org to to be designated as one of the eight "Wonders of vote. The balloting closes on Dec. 31 and the winners Kansas." Among the other contenders are the Kansas will be announced on Kansas Day, Jan. 29.
Cosmosphere in Hutchinson, the Tallgrass Prairie It would be great if people in this area would show National Preserve, Abilene's Eisenhower museum and they are at least as proud of Constitution Hall as Cawker Monument Rocks in Gove County.
City is of that ball of twine.
Designating the eight "wonders" is a project of the Kansas Sample Foundation in Inman, a group that promotes Kansas tourism and appreciation for Kansas Annual Christmas Vespers
to be Held December 2nd
Constitution Hall certainly is worthy of consideration as a state wonder. Some of the most significant political events in the history of the state and the nation occurred The annual Christmas Vespers will be held December 2nd, 2 P.M., at the Territorial Capital in this building. It was the meeting site for three Museum at Lane University. Music will be territorial legislative sessions — one pro-slavery and two provided by the Lecompton United Methodist free state — before Kansas gained statehood.
Church Choir, First United Methodist Church Delegates to the Lecompton Constitutional Bell Choir, Francis Sanford, Cindy Daniels, Phil Wizer, Ashley Lesser, Nick and Mirian Griggs, Convention met there to write the constitution that Perry -Lecompton vocal assemble and others. The would have brought Kansas into the Union as a slave museum has been decorated with three floors of state. The pro-slavery, anti-slavery debate that occurred decorations with the 15 ft native Christmas Tree. at the territorial capital was pivotal to the events leading The decorations will be in place from Thanksgiving up to the American Civil War.
to New Years. Everyone is welcome. The music is superb, full of joy and Vespers is perfect to set the It's wonderful that Lecompton residents — and many tone for your holiday spirit.
people from other area communities — are so dedicated to promoting and preserving Lecompton's 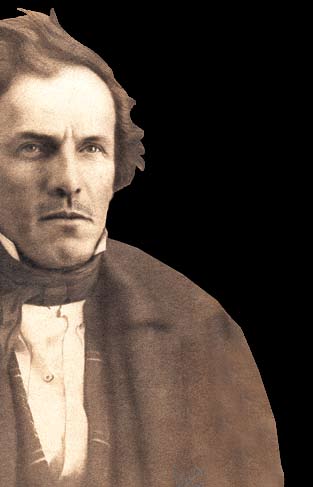 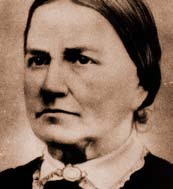 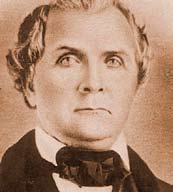 Donations to the Territorial Capital Museum
1. Photo albums and patriotic flags,material and bows by Shirley Funk 2. 1855 passport and coal oil lamp by Edward Hoover 3. Eisenhower presidential plate by Joyce Behlke 4. Songs Fans dolls and other items by Gena Clements 5. Encyclopedia of American Civil War by Marsha Paslay 6. Glass photo plates by Neita Bahnmaier 7. 1950's Big Springs softball suit by Joe Bahnmaier 8. Unique 1890's black wedding dress.
9. 1875 Montgomery wards Catalog Co.,German book, and newspaper clippings by Charlene Winter 10.1952 Eisenhower Republican Convention Hall Ticket, Eisenhower pot holder, Eisenhower campaign button and ribbon, First day issue of Eisenhower postage stamp and First day issue of 10th anniversary stamp of United Museum-Quality Gifts Fill a Stocking!
"There are so many wonderful holiday gift ideas at the Territorial Museum that you really must stop by to make your selection.from mugs, to cookbooks, beautifully rendered postcards and much more. Of course, you can always buy back copies of the Bald Eagle for $1 to send to your friends to let them know of our history and our Historical Society.
Another Wonderful holiday Gift Idea: Valued and Appreciated Membership in The Lecompton Historical Society The BEST holiday gift is a donation to, or a membership in, the Lecompton Historical Society. Your membership or donation will help keep historic Lane Museum and Constitution Hall, a National Historic Landmark, one of the top tourist attractions in Kansas. Remember that Lecompton Historical Society membership brings you all four Bald Eagle newsletters—one for each sea- son in 2008. Don't miss out on any of the celebrations, meetings and other special occasions. The Lecompton Historical Society, Lane Museum, Lecompton KS 66050, is a non-profit corporation dedicated to the preservation of historic sites. We are eager for new members and for continued membership. A Memorial Membership is a thoughtful way of remem- bering a loved one or friend. It's a contribution the Society will cherish.
***************************Please Clip and Mail With Your Check*******************************
THE LECOMPTON HISTORICAL SOCIETY, Lecompton, Kansas 66050, is a non-profit corporation for the preservation of historical sites. We are eager for continued membership and new members.
Dues are $10.00 per year for individual membership and $14.00 for a family membership. The dues are from December to Decem- ber. Life membership is $100 per individual. Contributions are tax deductible. Checks should be made payable to the Lecompton Historical Society, and mailed to Georgia Trammel, Chairman, 11 N. 2064 Rd., Lecompton, KS 66050 $10.00 Annual Individual Membership $14.00 Annual Family Membership $100.00 Individual Life Membership $50.00 Individual Memorial Membership Name Address _City _ State Zip PLEASE NOTIFY US OF ANY CHANGE OF ADDRESS
It costs Lecompton Historical Society at least 96 cents for a change of address, and the newsletter is returned. The cost for a postcard to notify us of your change of address is 82 cents, and the newsletter gets thrown away. If you have moved and do not get your newsletter, this explains why.
Iona Spencer, left, and Charlene Winter, two of Constitution Hall's proudest supporters, make the "point" that Dec. 31, 2007 is the last day that votes will be accepted in the 8wonders.org of Kansas tourism pro- motion. The Lecompton Historical Society has been promoting the campaign. Competitors include sites of Kansas' natural wonder, the Eisenhower Library and the famed John Stuart Curry murals at the State Capitol Rotunda. 3URJUDP%HYHUO 9DQ' NH *HRUJH $UORHQH6LPPRQV'DUOHQH3DVOD  WV6DQG 1LFKROV 3XEOLVKHGE 

AAN Guideline Summary for PATIENTS and THEIR FAMILIES The American Academy of Neurology developed guidelines that summarize the best research on recognizing, diagnosing,and providing treatment options for people with Alzheimer's disease and their families. These guidelines will helpprovide the best care possible. You can use this summary version to learn more about: