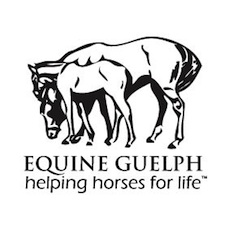 Equine Infectious Anemia What You Need To Know Answers to the most common questions and myths about EIA, for horse owners What is EIA?
Equine infectious anemia (EIA), also known as The EIA virus is transmitted on the mouth parts
"swamp fever," is a viral disease of horses and of horseflies and deerflies when they feed on an
other equids (i.e. donkeys, mules, and zebras) that infected horse, and then feed on another horse causes recurrent episodes of fever, lethargy and within a fairly short period (approximately four destruction of red blood cells (anemia) and hours).7,8 Stable flies can also transmit the virus, platelets (thrombocytopenia). but not as easily.9,10 There is no evidence that the The EIA virus is a lentivirus in the family Transmission is much more likely to occur from a Retroviridae, similar to several immunodeficiency horse when it is showing signs of illness, because of viruses in other species, including human the increased amount of virus in the bloodstream; immunodeficiency virus (HIV). These viruses cause however, transmission from persistently infected
persistent, lifelong infection in their hosts by
possible,12,13 and
generating DNA sequences (based on the viral RNA) immunosuppression from steroid therapy (e.g. that become permanently inserted into the DNA of prednisolone, dexamethasone) or other stresses white blood cells. However, unlike other can also lead to increased viral load and illness in a immunodeficiency viruses that cause slowly previously healthy carrier horse.14,15 Foals born to progressive illness, signs of EIA are usually the most EIA-positive mares are unlikely to be infected, severe when a horse is initially infected, and particularly if the mare had no signs of EIA while subsequent episodes of illness gradually become pregnant.1,16 Although foals are susceptible to less severe, even though the horse remains infection after birth, antibodies in the colostrum infected and a potential source of virus for other from the mare appear to offer some protection for horses.1,2 These episodes of overt disease, which the first several months of life.1,17 The virus can
may occur weeks to months apart, are the result of transmitted
mutations that occur in the virus over time, thus transfusions and use of blood-contaminated
creating a novel "strain" that causes clinical signs equipment such as surgical and dental instruments,
in the same horse, until its immune system hoof knives and hypodermic needles. The virus can responds and is once again able to suppress the survive for up to four days on a hypodermic needle virus.3-6 Other clinical signs of EIA may include
at room temperature.11,18,19 swelling (edema) of the limbs and abdomen, rapid weight loss, swollen lymph nodes, and abnormal There is no treatment available that will allow a
bleeding tendencies. Infection may also lead to horse to fully eliminate the EIA virus from its body neurological signs (ataxia), abortion, or rarely once infected, nor is a vaccine currently
sudden death. It is not unusual for an EIA-infected commercially available. The virus poses no risk to
horse to have no history of illness due to EIA, humans or other non-equid animals. The disease especially since mild episodes (e.g. mild fever and occurs in horses all over the world, but there are
anemia for a few days) may go undiagnosed. many countries (including Canada) where the 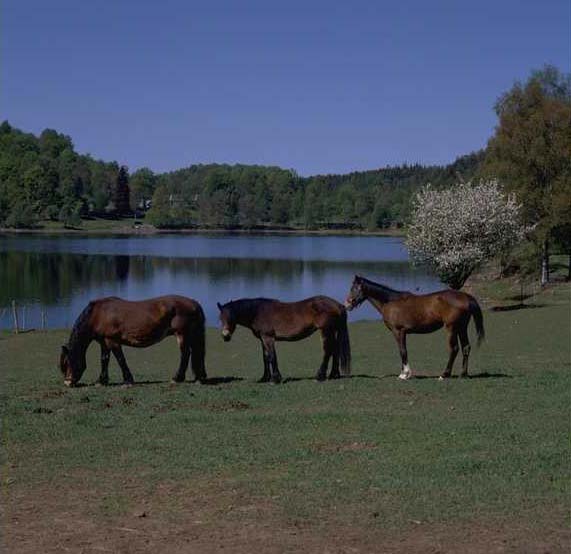 There is currently no commercially available
1. The best way to protect your horse from EIA is vaccine against EIA in North America or Europe.
to avoid exposure to EIA-positive horses; because many EIA-positive horses look healthy One of the controversies with developing a vaccine most of the time, a strong testing and reporting against EIA is ensuring that vaccinated horses can program is needed. be distinguished from infected horses. If the antibodies produced following vaccination are • Whenever possible, ensure that all horses identical to those produced by natural infection, that come within 200 metres of your horse current tests will no longer be suitable for are tested for EIA. This includes only taking detecting EIA carriers, and spread of the virus your horse to shows and events where all through the population could be "masked" in the horses are required to be tested for EIA wake of widespread vaccination. before being allowed on the premises, and requiring testing of any new horses coming Developing an effective vaccine against a lentivirus to your property or boarding facility. such as EIA is extremely challenging. Many of the 2. Control horseflies, deerflies and stable flies on same problems have been encountered in the and around your horse at all times, and efforts to develop a vaccine for HIV in humans, especially at any large gathering of horses, as which is a related virus. An attenuated live these are the natural means of transmission of vaccine for EIA was developed in the early 1970s EIA between horses. Insect control includes and was used extensively in China from 1975-1990. appropriate use of repellants and insecticides, The vaccine was effective for reducing the as well as management of manure and prevalence of the disease, but now that the environmental moisture to discourage insect prevalence is low, use of this vaccine has been quarantine/slaughter strategy, and to avoid the 3. Ensure that any blood products (including testing complications that can occur with vaccine plasma) given to your horse are from EIA- use, as described above 1,9. Use of a live vaccine of negative donors. Do not reuse hypodermic this kind comes with additional risks, because needles, and any medical equipment (e.g. lentiviruses like EIA (as well as live EIA vaccines) surgical and dental instruments, hoof knives) are very prone to mutation, and they become that may be contaminated with blood must be permanently integrated into the host cells 1,9, thus thoroughly disinfected between uses on creating a small risk of the vaccine strain becoming different horses. The virus is easily killed by a new pathogenic virus. almost any disinfectant if the surface or object is not visibly dirty. The CFIA provides maps showing areas in which horses have been diagnosed with EIA on an annual Prepared by: Maureen E.C. Anderson, basis. Regions where positive horses have been DVM DVSc PhD Dip.ACVIM and J. Scott reported (particularly over several years) would be Weese, DVM DVSc Dip.ACVIM, Dept. considered higher risk for other horses that travel Pathobiology, University of Guelph, ON or live there. These maps are available on the Contributors: Mary Bell, Margaret CFIA website at http://www.inspection.gc.ca/ Harvey, Greg Andrews, Carolyn James under Animals > Terrestrial Animals > Reportable Diseases > Equine infectious anemia. This information sheet can be freely printed and distributed so long as A shorter version of this information about EIA in Canada is available on the Worms & Germs website under Resources > Horses. Positive horses that are healthy have eliminated the virus
and pose no risk to other horses.

False. Horses that become infected with EIA are infected for life 6,7 - the virus
actually incorporates its genetic code into the DNA of certain cells. It has been shown
that even in animals with no signs of illness, the level of virus in their bloodstream fluctuates over time, and when it increases the virus can be transmitted from these "healthy" equids to other equids via biting flies like horseflies and deerflies, or via blood-contaminated equipment such as hypodermic needles 14,15,20,26. EIA testing is just another scam so veterinarians can make
more money.

False. The EIA control program in Canada is in place to help protect the Canadian
equine industry, in terms of the overall health of the national herd, and particularly in
terms of international trade and competition. The program is based on international disease control standards set forth by the World Organization for Animal Health (OIE) 7,9. Without the control program, many countries would not allow Canadian horses to be imported for breeding, sale or competition, and they would not allow their horses to travel to and back from Canada for the same purposes, due to the risk of EIA spreading to their own animals. The cost of the EIA test paid by owners does not even cover the CFIA's operating costs for the program - this is done as a service to the industry 2,19. EIA tests are not accurate and horses can be euthanized
because of false results.
Mostly false. While no test is perfect, and false results are possible with any test
(including those used for EIA), no healthy horse is ever ordered destroyed based on a single test. In Canada, all EIA-positive samples are tested again with the same test (ELISA) at the EIA National Reference Laboratory, and are then tested a third time with a different test (AGID) to confirm the results. The owner of the horse is then also given the option to have the horse retested (using both the ELISA and the AGID) on a second blood sample. The likelihood that all of these tests would give the same false positive result is extremely remote, so this additional testing ensures that only truly positive horses are euthanized or quarantined. EIA is only found in wild or feral horses and does not affect
my horse.