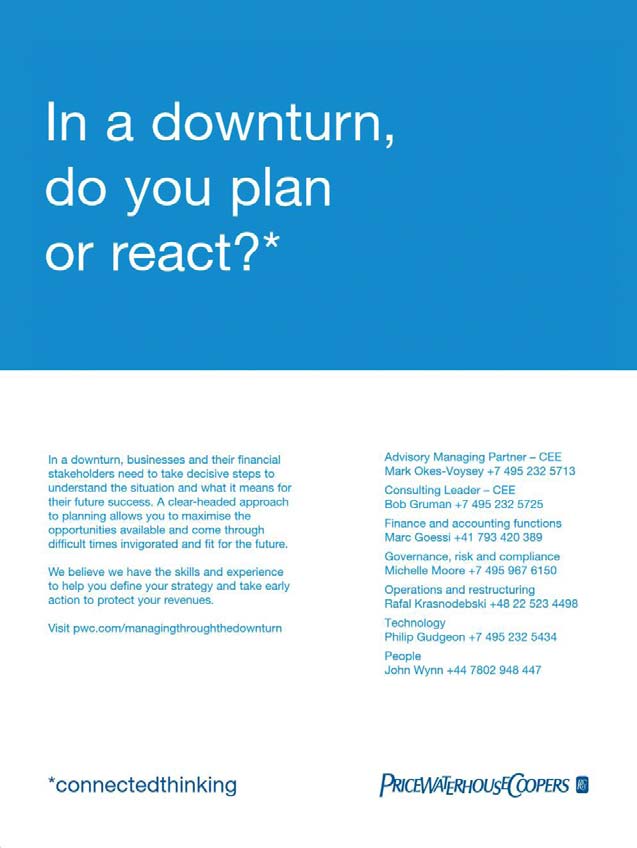 . It was the economist John
Maynard Keynes who showed us that too much prudence on the
part of the consumer could spell economic disaster, which is why so
many governments around the world are introducing measures
designed to stimulate consumer expenditure.
This correlation between economic growth and consumer confidence is examined byPeter Kellner (page 6) who shows how and when different European consumers areresponding to economic stimuli. In a similar vein, but at the micro level of theindividual company, we explain how savvy businesses are coming at the issue fromanother angle by driving down purchase prices from suppliers through reverse ore-auctions (page 3). Here we show how companies, especially those under pressureto preserve cash and maximise efficiency, invite suppliers to bid for a contract, live,online and in real time.
‘Pester power', the influence exerted by children on unsuspecting parents to buy thelatest toy or gadget (or should I add topically Pets at Home product?), is transformingthe global toy market and also having a major impact on technology. Just how muchand what it means for companies supplying this sector are outlined on page 12,where you will also get a glimpse of what's coming at you on children's wish lists inthe near future.
‘In my opinion', The Point's regular column (see page 25) for senior executives with aview to air comes from France in this issue, from Bruno Lafont, the head of Lafarge,the world's largest cement group. In addition to being relatively upbeat aboutprospects for global recovery, he makes a strong defence of the industrial sector and the role of global European industrial groups.
Also in this issue we profile Carlo Gianuzzi, the chief executive of one of Bridgepoint'sItalian investments, beauty chain Limoni, whose invigorating approach to motorbikes November 2009Issue 16 and love of speed is reflected in how he is revitalising the brand and leading its Published by
expansion in Italy and beyond.
Bladonmore (Europe) Ltd Finally, when there is much talk of green shoots, The Point reveals (page 30) how one part of the retail sector is casting off the gloom too readily associated with it – internet retailing or e-tailing – and reshaping the way the consumer shops.
Bagshawe Associates Reproduction, copying or The Point aims, as always, to stimulate your interest in some extracting by any means ofthe whole or part of this of the topics we believe either confront or are of interest to publication must not be corporate Europe – I hope this issue does exactly that I undertaken without thewritten permission of thepublishers.
The views expressed inThe Point are not necessarilythose of Bridgepoint.
is managing partner of Bridgepoint

The NO/ONOO(-) cycle as the central cause of heart failure: Prevention by raising Nrf2 and probable cycle role in many other Martin L. Pall Professor Emeritus of Biochemistry and Basic Medical Sciences Washington State University Stockholm 2016-03-09 I have published in my book and in 32 published papers, evidence and arguments that 23 different chronic inflammatory diseases are probably caused by a biochemical vicious cycle mechanism known as the NO/ONOO- cycle. Each of these also are also known to have oxidative/nitrosative stress and most have been shown to have elevation of other cycle elements: mitochondrial dysfunction and elevated NMDA activity and many of them have been shown to also have elevated NF-kappa B activity and tetrahydrobiopterin (BH4) depletion as wel .